I’ve been discussing with Bob Sabella, author of Who Shaped Science Fiction?, about writing a science fiction reference book together.  We wondered if would be fun to write the book I imagine in Science Fiction: 1951.  Then I got to thinking, when is it better to write a stand-alone book compared to when it’s better to add content to Wikipedia?  Many books about science fiction are really just reference books, and Wikipedia already has a great deal of content about the history of science fiction.  Why not make Wikipedia better rather than competing?

For the past couple years when I search for answers on the Internet, I don’t go to Google, but Wikipedia.  Google returns so much crap now that Wikipedia is a better source of knowledge. When would an author contemplating writing a reference book or article be better off adding their research to Wikipedia.  Wikipedia has expanded beyond the traditional encyclopedia of a limited collection of short essays to one of unlimited size.  Plus its extensive use of hyperlinks makes it possible to add content in layers across many dimensions of facts.

Let’s use science fiction for example and say we want to write a book about science fiction as a general introduction to the genre.  Just by using these main Wikipedia pages as our general table of contents we can easily see the breath of research that already exists in this online encyclopedia:

These pages have hundreds of links to further articles, some of which are quit extensive, like the article on Robert A. Heinlein, which has hundreds of more branches.  How can a writer wanting to write an introductory book on any subject compete with Wikipedia?

The book I dreamed about writing in my last post would have organized events in science fiction by years and crossed referenced that listing with the evolution of themes, sort of like a pivot table.  Wikipedia already does some themes like I want:  Alternate History.  This is done quite well.  But other theme articles, like Generation Ships, still need work.  I’d love to see its list of fictional works dealing with generation ships organized by decade and year in same way alternative history stories are treated.

Wikipedia also has articles on specific years, for example, 1983, and then sub-topics for that year, like literature.  I’d like to see a sub-topic called “science fiction” where it lists the magazines and stories published that year, showing their covers, a list of major book publication, fandom events and awards, new films and television shows, plus comments about significant science fictional ideas presented that year for various themes.

Everything I want to see in my dream reference book on science fiction could be part of Wikipedia.  I don’t know if they’d like a bunch of cover art images added to the articles, but Wikipedia could expand in that direction if they wanted.  And that Table of Contents I listed above could also have section called Year.  I’d be very happy.  As long as Wikipedia doesn’t go out of print, it’s constantly being updated and refined.  The encyclopedias of science fiction in book form I mention above are several years old and very outdated.  I don’t know, but I imagine some of their editors and authors might already be working on Wikipedia entries.

At one time I wondered why fans didn’t create a separate wiki for science fiction, but what’s the point?  Why compete with Wikipedia?  If every topic had it’s own wiki there would be thousands of them to keep up with when you wanted to search on a topic.  It’s much better to have just one front end.

One you start thinking about Wikipedia this way many questions about the future of knowledge pop into mind. 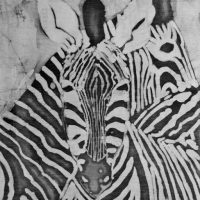 My Tweets
Universes of the Mind

Possibilities of connections and a sense of belonging.