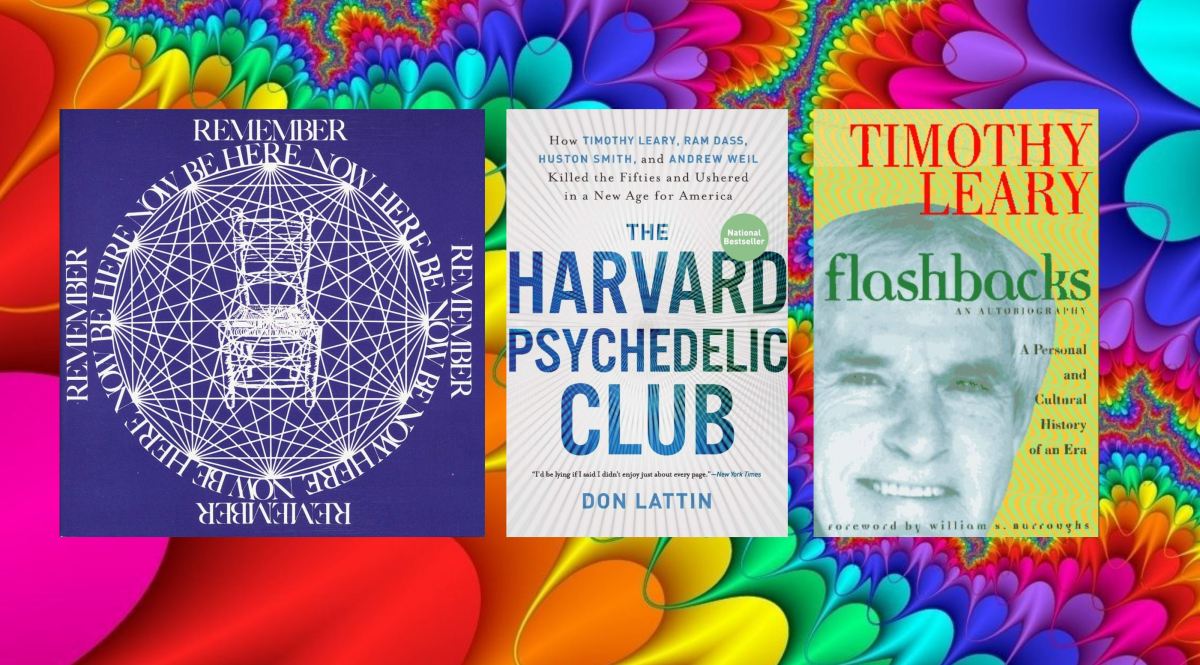 Between Camelot and Reaganomics existed the counterculture. For a very short while we thought we were entering the Age of Aquarius. Of course, it was a childish utopian dream, but a very positive hope. What happened to that dream? Reading The Harvard Psychedelic Club: How Timothy Leary, Ram Dass, Huston Smith, and Andrew Weil Killed the Fifties and Ushered in a New Age for America by Don Lattin reminded me of those hopes and dreams. Lattin explains what happened to four of the people who sold us some of that hope. Of course, those four weren’t the only ones. Back then, there was an entire army of John the Baptists promising heaven on Earth if we only believed.

In the sixties many of us thought by the 21st-century we’d have conquered war, disease, poverty, injustice, prejudice, inequality, and be living in a society where everyone had equal opportunity to achieve both spiritual and material wealth. We expected to create a world civilization that would make Jesus, Buddha, and all the past prophets and philosophers proud. We expected science to answer all our questions, and for technology to build ecological sustainable lifeboat Earth before we launched our spiritually-wise selves across the galaxy. Some of us called this anticipated transformation the Age of Aquarius, then The New Age, while hoping for the age of The Final Frontier.

Space travel never went beyond low Earth orbit after 1972. After three days of love, peace, and happiness it’s been Altamont every day since. And the doors of perception only led to tragedy and heartache. All our planned communities failed.

Just look at us now. You’d think the second coming had happened and no one was chosen, and we’re begun a thousand year streak of doom. There are damn few Pollyannas left on Earth that can see rays of hope for the future. Unlike Christians who have waited two thousand years without giving up their faith, the counterculture gave up theirs rather quickly. I read where psychedelic drugs are trying to make a comeback. And there are embers of spirituality still trying to rekindle the world but never do. What made us dream such big dreams in the sixties?

Before the dawning of the Age of Aquarius I was a straight-lace kid. I was gullible and believed what I was told. The U.S. Air Force guided my father and the Southern Baptist Church guided my mother. They had expectations for what I should believe, and I had no objections to those expectations. Well, not until 1963 or 1964. During my 12th and 13th year I changed. Looking back I could say it was merely puberty, but the whole country began changing at the same time.

Reading The Harvard Psychedelic Club got me to thinking about those years and changes. Changes that had began much sooner than 1969 or 1970 when I first tried psilocybin and LSD. The making of my counterculture had begun before the drugs, with rock and roll and science fiction. Reading The Harvard Psychedelic Club referenced many books I had read back then that shaped my thoughts. I began wondering about all the influences that had reprogrammed me during the sixties and seventies that gave me utopian ideals.

I remember in 11th grade sometime after the 1967 protest at the Pentagon, when a group of us kids waiting for the school bus discussed the coming revolution as if it was a certainty. Even as a dumbass high school kid I thought it weird that we expected such a huge social transformation. But those hopes kept building. Then in 1968 and 1969 Hair and its music was all the rage and people began talking about The Age of Aquarius. The hope became more than a political transformation, the counterculture began to expect a whole new age, which became the focus of the 1970s. I think all our foolish fantasies ended when Reagan was elected in 1980. By then I was married and working at the job I’d stay at until I retired.

My transformation was really an intersection of countless ideas that came from books, magazines, newspapers, television, movies, songs. We think everything comes from the internet today, but before the world wide web we had plenty of informational input. Reading The Harvard Psychedelic Club reminded me of those books and other information sources, and all the prophets behind those words. For example, I don’t know if people today have any idea of the impact The Beatles and Bob Dylan had on their fans. Rock music was our gospel.

In 1962, when I was eleven, I got hooked rock and roll and science fiction. In 1963 I began rejecting religion when I started noticing that the people at church did not follow what was preached. A Joycean year of doubt ended in 1964 when I realized I was an atheist. I was just 13. My mother still tried to make me go to church but I felt like I was a spy, a pretender, a fraud. I didn’t have a new philosophy yet, but I was open, and about to try many.

Then in 1965 I read Stranger in a Strange Land by Robert Heinlein and got into Bob Dylan because of “Like a Rolling Stone.” I was still very straight-laced. I remember watching anti-drug and anti-smoking films at school and I was positive I’d never be stupid enough to do drugs or smoke cigarettes.

But only two years later, in early 1967, I read an article in Popular Science about LSD. Instead of sensationalizing the drug with fear and loathing like the news did on TV, the article described LSD as a tool for medical research and exploring the mind. That sounded science fiction. That sounded like something for me.

I can’t remember when I first heard about Timothy Leary. I’m pretty sure I heard about LSD well before I heard about Leary and his famous “Tune In, Turn On, and Drop Out” saying. In late 1968, or maybe early 1969, I read The Electric Kool-Aid Acid Test by Tom Wolfe. That book didn’t turn me onto Timothy Leary either, but The Beats. I knew about Leary in the sixties, but he always seemed like some kind of media clown. Around this same time I began reading The Rolling Stone magazine. It became my main source of counterculture propaganda.

But remember, I was also mass consuming science fiction, which was changing too with its own New Wave revolution. I remember Stand on Zanzibar by John Brunner had a huge impact on me, as did Ellison’s anthology Dangerous Visions.

I wish I knew when I first bought Stewart Brand’s Whole Earth Catalog. It was probably the early 1970s, but it might have been sooner. The 1970s brought a flood of influential books and magazines. Isaac Asimov and Arthur C. Clarke had made me aware of overpopulation in the mid-1960s, but by the late 1960s and early 1970s, the environmental movement was giving us plenty of reasons to change our ways.

By the mid-1970s I became open to trying religion again, but mainly Eastern religions. Be Here Now by Ram Das (Richard Albert), books by Alan Watts, Aldous Huxley, and Herman Hesse, and New Age Magazine made me think that spiritualism and mysticism had some answers.

I wasn’t stupid, I knew the dreams were doomed. Books like The Population Bomb, The Limits of Growth, and Future Shock, among many others like them, kept me grounded. Plus, the science fiction books I was reading became more realistic and pessimistic about the future.

Still, we had a great deal of hope about the future. We thought we could solve all our problems. We had the knowledge, we had the technology, we knew the solutions, it was only a matter of getting everyone to work together. That’s when the dream ended. We never could work together. We all separated into our own personal trips. No matter how much visionaries preached, we never could agree.

Reading The Harvard Psychedelic Club also covered the decades of falling apart. Alpert, Weil, and Smith were able to rebuild their lives and become constructive, but not Leary. Their lives parallelled my life and I’m sure all other counterculture true believers. We found ways to be here now. To make do with reality. To give up on our utopian fantasies.

Looking back I also remember what life was like when we were chasing those dreams in the 1960s and 1970s. Things were bleak. The war, the riots, the prejudices, the inequalities, the crime, the bombings, the protests, the generation gap, the oil crisis, the burning rivers, the pollution, the urban decay.

Drug taking and believing in utopian futures were symptoms of the disease, not cures. Much like similar symptoms today. The right-wing countercultures of today have their parallels with the left-wing countercultures of the 1960s and 1970s. But there’s one big difference. We no longer need to wear shades when looking towards the future. That’s rather sad. No, that’s depressingly tragic.