Yesterday I wrote, “Are Republicans the Party of Darwin?” accusing conservatives of applying their understanding of Darwin’s observations on nature to justify the laws they were creating. Their laws always seem to back the strong against the weak. But I had a revelation in the middle of the night.

Everyone acts on their instincts, and those instincts are Darwinian by nature. Duh! Darwin’s theory is the most widely accepted explanation for our behavior. I was crediting Republicans for consciously using Darwin’s ideas in the formulation of their political philosophy, and this is where I’m wrong. It wasn’t a conscious decision. My essay was based on the irony that conservatives profess to be Christians but enact laws that reflect Darwin’s theory rather than Jesus’ teachings. 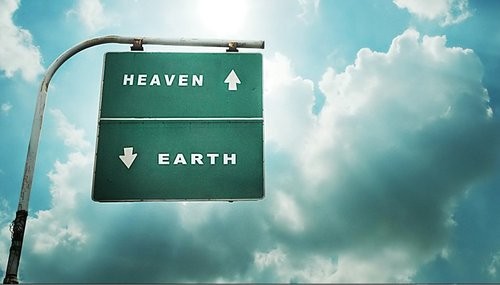 My revelation last night is everyone acts Darwinianly, despite what they profess philosophically. I am an atheist, but I give Christianity credit for inventing many compassionate philosophical concepts. I attribute those ideas to Jesus like we attribute other philosophical ideas to Plato or Aristotle, but I’m not sure they came from the man we historical think of as Jesus. Many of the ideas were developed by his followers and attributed to him in the first few centuries after his death.

Organized compassion for the weak is a relatively new idea in history. Limited forms of compassion have been around in evolutionary terms for a very long time, even in plants and lower animals, but to develop a religion, philosophy, or political system to protect the weak wholesale is relatively new.

Our political divide really comes down to how much we want to support the common welfare over the freedom of the individual. The more socialistic we are, the more we want everyone to contribute to improving society, the less socialistic we are, the more we want to give the maximum freedom to individuals and ignore the suffering of the masses. Such socialism counters Darwin’s observations on animal behavior.

Thus Christianity is inherently anti-Darwinian. For twenty centuries it seemed like Christianity was catching on, especially in the Western world. But that’s probably an illusion. What really caught on was a belief in life after death via easy salvation. The idea of heaven on Earth hasn’t.

In other words, conservatives are Darwinian on Earth, but Christian in their hopes about an afterlife. Which might explain why liberals are more socialistic. Many of them doubt the afterlife, and thus they’d want to create heaven on Earth. The conservatives are more pragmatically Darwinian, they want all they can get while living, and then assume things will magically go great after they die despite what they do while living. Liberals evidently feel this is all there is so we better make the best of it.

This is a huge problem for liberals. To get more people to vote for social welfare might require convincing people to think less about an afterlife. In other words, the concept of heaven has corrupted people’s attitude towards Earth. This might also explain climate change deniers. They might unconsciously realize to think more about Earth means to think less about an afterlife.