Because Microsoft has decided to kill off Windows Media Center starting with Windows 10, and I plan to upgrade to Windows 10 on all my machines because it will be free the first year, I will lose my homemade DVR. Using a PC to record TV shows from over-the-air (OTA) broadcasts takes a good deal more work than using the DVR that comes with a cable box. But if you want to give up paying for cable and still record TV shows to watch later, you need something like Windows Media Center to do the job. 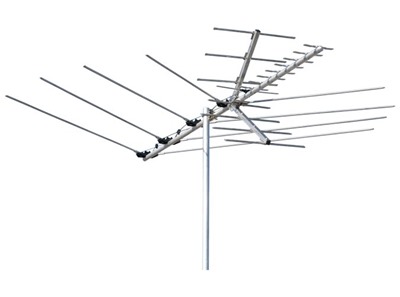 Microsoft’s decision is forcing me to rethink my whole cord cutting approach to television, because I don’t want to go back to Xfinity or U-verse. Basically there are two modes for watching TV:

Cord cutter means getting TV from the internet or over-the-air broadcasts. Anyone accustomed to using a DVR will feel imprisoned by watching TV live again. Living around the TV schedule is so 20th century. That’s why I had to build my own DVR with Windows Media Center. DVRs let us save TV shows to watch later, skip commercials, pause, and scroll back to replay.

If I give up Windows Media Center I will have to learn to live without a DVR or find another solution.

I hate commercials, so I love skipping over them with a DVR. I could bypass commercials altogether if I gave up broadcast TV and got all my shows from the Roku. Without a DVR I wouldn’t watch broadcast TV. That’s not a possible solution for my wife though. She works out of town, but when she comes home for the weekend she loves TV. She splits her viewing between Netflix and tuning into AntennaTV,  MeTV, and Movies! – local channels targeted to cheap-ass baby-boomer cord cutters. I should confess I’ve become addicted to watching the old westerns on Grit TV. OTA broadcast channels seem to be popping up all the time, and strangely enough I find more to watch now than when I had cable. Sort of sad, to be stuck in a retro-TV-land, but it reminds me of how TV was when I were growing up.

Yet we can’t live without that modern doohickey, the DVR.

There are other media center software programs I could install and learn to record TV shows, but I’m through with being a do-it-yourselfer. Luckily, since I built my first DVR, several OTA DVRs have come onto the market. The market leader is TiVo, with it’s Roamio OTA, but there’s also ChannelMaster’s DVR+, Simple.TV and the multi-room networked Tablo. Until yesterday I was considering all of them except the Roamio OTA because TiVo charges $15 a month for its on-screen guide. It’s free for the DVR+, and just $4-5 a month for the other two. However, I just read that TiVo was selling it’s heavily subsidized $49 machine for $300 with unlimited access to their guide. That made me rethink the TiVo. Sadly, the $300 deal is over.The Roamio OTA is a 4-tuner device – meaning your can record up to four shows at once – and is considered the nicest to use by most reviewers. The TiVo has slick search features, as well as pause and replay controls. Those same reviewers all said they wouldn’t consider the TiVo with a $15 monthly fee. Obviously TiVo should listen, and since the other devices are already in the $300 ballpark, this could be a no-brainer decision if they offer the $300 deal again. TiVo could sell millions because their product is a broadcast TV watcher dream come true. Cord cutters are cheap, and a $15 monthly fee is too much for us cheapskates. Yet, my wife wants us to think about the TiVo because it’s DVR is equal to one you get with cable.

My current antenna is a RCA outdoor one, but it’s not great. It’s flaky in bad weather, and some channels come in much better than others. I should get a stronger antenna and put it up higher. However, I’m too old for working on my roof. I’ve been searching around Angie’s List and The Yellow Pages looking for TV antenna installers, but can’t find any. That’s annoying. With all this cord cutting going on, there’s good opportunity now for people to start a small business selling and installing antennas and OTA DVRs.

Investing in a great outdoor antenna and buying the Roamio OTA should solve my problem. I’ll be able to take the computer out of the den, and reduce the clutter in my entertainment center. Yet, there is something that urges me to cut the cord to the antenna too. We live in a TCP/IP world, so why not go completely Internet only TV?

$50, plus $15 a month will give us a deluxe broadcast TV setup. Susan and I have to think what we’re actually spending our money for though. To record the NBC Nightly News, CBS Sunday Morning, a few network TV shows we still watch, and to record a bunch of old nostalgic TV shows and movies. I would have included a long list of PBS shows I love, but I can now get them on my Roku through the PBS channel there. I could do all my TV watching through the Roku, but not Susan.

Cord cutters have given up on cable TV, but could they also  give up antenna television? Are we ready for a world with no live television? That’s weird to think about. Television is seldom truly live except for sports, news announcers showing prerecorded news and a rare live broadcast. Sport fans keep the cable companies in business. If live sports came over the Internet they’d be in real trouble. Current TCP/IP networking isn’t really suited for live broadcasting to billions, so they are safe for now. OTA TV does have a fair amount of sports. Enough for millions of cord cutters.

In ten years, maybe even five, things could be very different indeed. Think of how different our technological lives have changed since the year 2000. Should we be watching television like we did in the 1950s – with an antenna on the roof? I have to admit though, broadcast TV is still a viable solution for watching live TV, and it’s free.