I’m reading This Changes Everything: Capitalism vs Climate by Naomi Klein, and she has a great explanation why conservatives are so vehemently against solving climate change. Klein says free market capitalism is the cause of global warming. We know it’s people, and I’ve always assumed climate change due to too many people being too wasteful and too inefficient. But Klein makes a case that it’s specifically free market capitalism that’s the mechanism causing the growing CO2 in our atmosphere. She thinks conservatives are savvy enough to know that, and also know to correct the problem would require big government and massive controls on capitalism. Her hypothesis feels right to me. 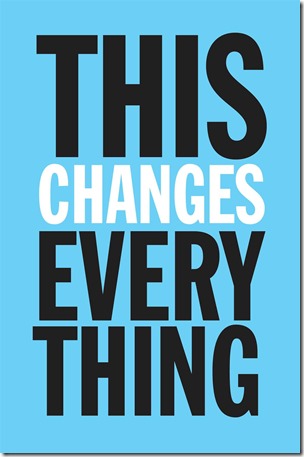 If you think about it, free market capitalism is based on the idea that natural forces of the marketplace will produce the best economic climate, and that’s probably true if all you care about is increasing wealth. But if rank other factors such as the environment, wellbeing of all citizens, or wealth equality, then those blind forces behind the free market fail. This really is a dangerous idea. Klein asserts that ultimately free market capitalism is no more effective than state run communism as a mechanism for creating a successful society.

I believe Klein is right. The trouble is giving up free market capitalism will put most people on Earth out of a job. What we need is enlightened capitalism, where we substitute conscious forces to regulate the marketplace for the unconscious free market forces. Of course that means Big Government, and lots of taxation – the exact solutions conservatives are rabid to eliminate.

Klein points out we’ve been dragging our feet for decades about solving climate change. Like people who wait until they’re 55 to start retirement savings, we’re at a point where we need to make massive changes. If we started back in the 1980s we could have gotten by with 10% of our GDP. Now it’s going to be painful. The hidden forces of the market place is really a nice name for greed. We live in a plutocracy, where the wealthy rule. I tend to doubt our rich rulers will allow us to make the changes needed to solve climate change. In other words, unless there’s a massive social outcry to change the way we live, we’re going to have to live with the effects of climate change. Klein shows in her book there are plenty of solutions available to us, but will we wise up in the next ten years and apply them?

That’s the other thing she makes obvious – time is running out. We’re about to reach a point of no return, where we can’t break the momentum of the freight train of climate change. Some scientists have made cases we have already passed the point of no return. It’s not like the world will come to an end if the average temperature increases 5-10 degrees Fahrenheit. But the ironic thing is, and here’s my personal prediction, is it will destroy free market capitalism, because the effects of climate change will put us into decades, if not centuries of crisis mode economics.

Predicting the future is impossible. But if you’re running towards a cliff and you’re not slowing down, then it’s not hard to extrapolate what’s going to happen next. If you are at all concerned with the future, and especially about your children and grandchildren, then I recommend reading This Changes Everything. I also recommend Capital in the Twenty-First Century and The Sixth Extinction, those three form an amazing synergy. We can solve our problems if we work at them. You can’t win the Lottery if you don’t buy a ticket. 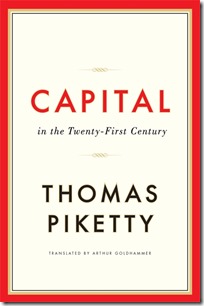 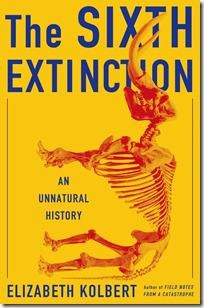 4 thoughts on “Is Free Market Capitalism the Cause of Global Warming?”