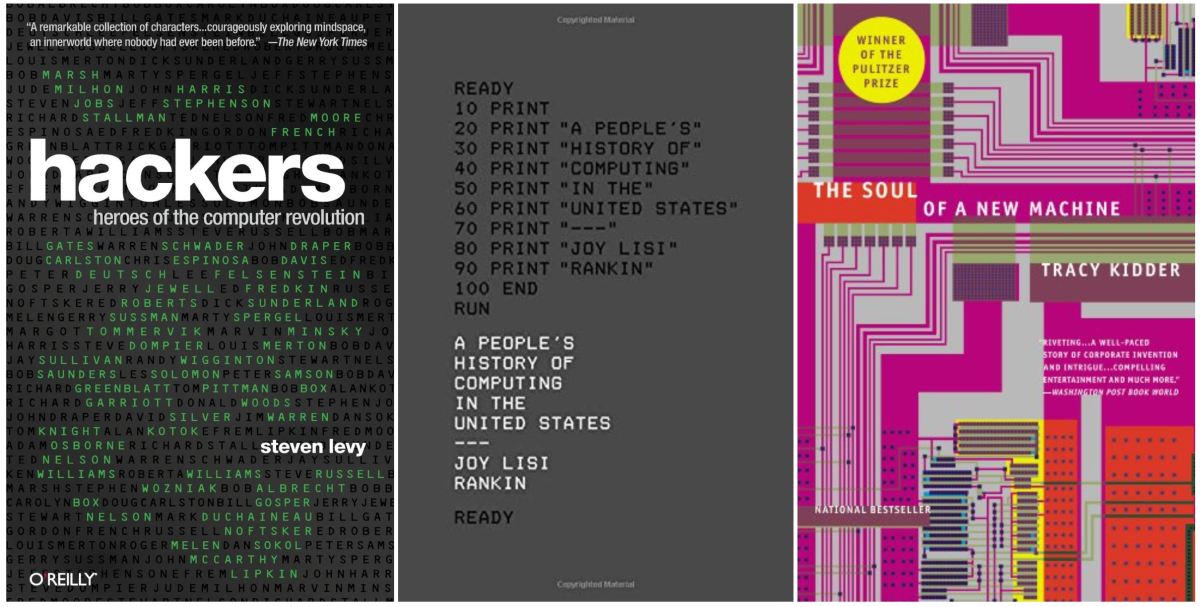 Rereading the 1984 book Hackers: Heroes of the Computer Revolution by Steven Levy unearthed long suppressed feelings and ambitions that first emerged in my personality back in the 1960s and 1970s. When I first read Hackers in 1985 it rekindled those formative emotions and desires then as well. I’ll start my seventies this year and I have to wonder when do hopes that I formed in my teens finally fade away? When can I just give up and be here now? When do I stop trying to constantly be who I was? Why don’t hopes have expirations dates? Why are these books so exciting after all these years?

I remember four years ago triggering these same emotions and ambitions when I reread The Soul of a New Machine by Tracy Kidder. I tried to write about what I felt, but those words don’t capture what I’m trying to say now. One thing about growing older, at least for me, is seeking clarity about my time in reality. Before I die, or my mind fades away, I want eliminate all the bullshit barnacles that encrusts my soul.

My current theory is we acquire our personal dreams and desires from pop culture and subcultures. During my lifetime I’ve belonged to many subcultures, but the two I loved most are science fiction and computers. Both current forms of those subcultures have long past me by, but their initial seduction have left subprograms running within my mind that never stop. Why was I able to deprogram myself of childhood religious programming, but I’ve never been able to escape that cultural programming acquired from age 12-22?

You’d think we’d forget old beliefs as we acquired new insights. Of course, I’m generalizing, assuming all people are the same. Maybe other people do that, but I don’t. Why can’t we emotionally be like historians who rewrite history with new discovers. For example, after rereading Hackers I read A People’s History of Computing in the United States (2018) by Joy Lisi Rankin. Basically, Rankin is saying, hold on there Steven Levy, your history of computer pioneers from MIT and Silicon Valley leave out a lot of middle America computer pioneers. Her book is reshaping my sense of computer history I got from Hackers. Why don’t I do the same things with my personal history?

This is not the book review I sat down to write. I might try again, but let’s go with the flow. These books hit the bullseye of my old computer ambitions. Over the past year I’ve been watching a lot of YouTube videos about 8-bit computers, especially those from The 8-Bit Guy. David Murray essentially has traveled back in time to work on computers at the point where Hackers ends in 1984. Many other YouTubers have done this too. I’ve wondered if the solution to my problem with all these old hopes and desires is to return to a past point in time and start over. I realize at this moment, that’s exactly what I’ve done with science fiction. I’m reading and collecting what I loved best from 1965-1975. That’s kind of weird when you think about it. But maybe it’s a natural aspect of aging too.

However, I also tell myself I should jettison my past like they were my first and second rocket stages and seek orbit for what I could be in 2021. But could that be me bullshitting myself that I’m not too old to learn new tricks. Of course, maybe one way not to stir up old emotions and desires is to stop consuming old pop culture. Does my library of old books, magazines, movies, and TV shows keep those old subprograms going? Actually, yes.

I have a friend, Anne, who lives so in the present that she hates the past, and even throws away old photographs and mementos when she finds them. I also live in the present by reading books published in 2020 and magazines that are February 2021 current. If I tossed out my old library and read only new books and magazines I would become a different person. I could become a fast nimble speedboat. But because I loved old pop culture, and can’t let go of old ambitions, magazines, and books, I feel the past I carry around has grown to the size of the Titanic. (I wish I had a photo of a guy in a rowboat towing the Titanic on a rope to put right here.)

The current nonfiction books and science fiction magazines I’m reading are about politics, climate change, and all the other dark clouds the horizon of this century. (No wonder I want to return to last century.) If I only read new books and magazines I’d completely reshape my present personality. Reading these three computer histories rekindles the futures I wanted back in the 1970s and 1980s, and they were tremendously more appealing than the futures I envision now. The people profiled in those books had such wonderful dreams about what computers would bring to the 21st century. And their dreams came true beyond anything they imagined or hoped. Yet, I wonder if they could see the downside of their creations, would they have done anything different? And isn’t that what I’m doing now by rereading these old books, second guessing my past decisions?

One of the reasons I can’t let the past go is it feels unfinished. I didn’t get to consume all the pop culture I wanted back then, satisfy all my wants, or achieve all my ambitions. But having lived in the future, it also feels like we took so many wrong turns. I can’t help but want to go back and finish what I started and even try different paths.

There is a whole lot more I want to say about Hackers, but this essay has already gotten too long for chiseling on this stone. Hopefully to be continued on another rock.

9 thoughts on “Hopes, Dreams, and Bullshit”