To say Tuesday, November 8th, was a shocker for most people is an understatement. Since everything is grist for my mill, I’m going to write about what I’ve learned from this disturbing experience. Like the pundits and pollsters, I had no idea how badly my fellow citizens wanted Donald Trump for president. I live in an isolated bubble of liberal friends, and we all thought Trump was a poor choice. In fact, we thought Trump was an overwhelmingly obvious poor choice. We were wrong.

Lesson 1: Electing a president is not an intellectual decision. I’m currently reading Are We Smart Enough to Know How Smart Animals Are? by Frans de Waal. The chapter on chimpanzee politics is rather enlightening. Electing a U.S. president has many parallels to selecting an alpha male. I think our society is not against electing a female for the alpha male position, but we might not be ready to give up alpha male traits in our leaders. The point of de Waal’s book is animals are smart in all kinds of ways we don’t recognize, and sometimes those smarts are superior to ours for the same talent. He makes a case that our intellectual intelligence can be self-deceptive. Humans are animals, and we function on many levels, using many kinds of intelligences. To analyze the election results totally by measures of left brain logic is a huge mistake.

Lesson 2: Trump’s slogan “Make America Great Again” meant different things to different people. For people who are financially secure, America is already great. Sure our country has many problems needing fixing, but let’s not rock the boat. For people out of work, or working at low-paying jobs with no hope of ever succeeding, then Trump’s slogan takes on a whole new meaning. But do we know how many people are really out of work? How bad is the economy to the heartland? I see vastly different figures for the number of working age people not working. Here’s the Bureau of Labor Statistics for Employment release just before the election. Things don’t look bad at all, especially compared to 2008 and 2012. But if you’re a conservative, you read reports like, “Right Now There Are 102.6 Million Working Age Americans That Do Not Have a Job.” That’s unbelievable to people with math skills, but completely believable if you only see the bad sides of the economy. Looking at Wikipedia’s population demographics, I figure there’s roughly 185 Americans aged 20-64. (Add 34.4 million if you want to stretch working ages from 15-69) Looking at the Bureau of Labor Statistics, I see 149 million Americans have jobs. That’s a 36 million difference. Not as scary as the 102 million the conservatives claim, but nowhere close to the 5% to the official unemployment numbers. But if 20% of the working-age Americans are out of work, then that’s a big factor for the election. Yesterday’s New York Times essay, “Can Trump Save Their Jobs? They’re Counting on It” is probably a better indication of how many voters felt. They are looking for an alpha male to align themselves with in hopes of gaining help. It’s a shame the election wasn’t between Sanders and Trump, when both candidates would have targeted the same issue. It would have been interesting to see which solution Americans preferred for solving “It’s the economy, stupid” angle.

Lesson 3: Does ethics matter? Both candidates were generally considered less than ethical by the general population. There were plenty of mud-slinging on both sides. Supporters of each candidate seem willing to ignore personal defects of any kind in their candidate, but not in the candidate they didn’t favor. I think the vast majority of voters went with either liberal or conservative values and ignored personal values. In other words, most members of either party would vote for a yellow dog. The country seems to be divided into thirds: liberals, conservatives, and independents. The independents swung the election.

Lesson 4: The future looks very different to liberals and conservatives, but both fear a bleak future. Liberals fear the climate apocalypse, while conservatives fear the secular apocalypse. Science and demographics show both trends are happening. Conservatives were determined to protect the Supreme Court from liberals. They want a Christian theocracy and the legal foundation for conservative economics. Read Dark Money by Jane Mayer. My guess is it’s less about Roe v. Wade, and more about taxes and regulation. Trump was feared as a disruptor by the plutocracy, but because of the Republicans winning Congress, they are more than happy to embrace him now. There are very few large piles of money for the 1% to siphon off anymore, and owning the Supreme Court helps to get access to that wealth.

Lesson 5: We’re not logical. Voters don’t cast their votes based on logic. Who we like is often decided by our unconscious minds. Read Thinking Fast and Slow by Daniel Kahnerman. Even when we’re thinking we’re making an informed choice, it’s probably just a delusion of our conscious mind. Also, there are too many variables in the equations of politics for anyone to actually solve the problem logically, mathematically, philosophically, or ethically. 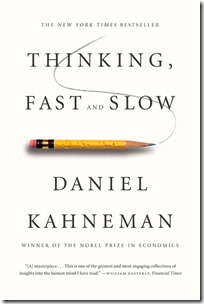 Lesson 6: I am immensely disappointed that my liberal ideas aren’t shared by the majority. Even though Hilary Clinton won the overall popular vote, that doesn’t mean the country is half liberal. My guess is roughly a third of the country is actively liberal philosophically. That means we want social programs to protect the poorest, extra taxes for the wealthiest, we seek diversity and equality, to protect the environment, fight mass extinction, to balance wealth inequality, and work to develop a sustainable economy and environment. We find it horrifying that greed and xenophobia win out over these values. Yet, the lesson of 2016 is a vast majority of Americans want to protect a way of life that has vanished, and they are unconcerned about the human impact on Earth. This is illogical to us, but that’s because we don’t understand the theological implications of conservative values. So the biggest lesson for me is I’m out of touch with the needs and desires of most voters. I felt climate change should have been the #1 issue of the election, and it was completely ignored. I feel that many of my fellow citizens are anti-science, and science is my religion.

Lesson 7: I have no reason to expect more people to side with me in the future. On the other hand, I can’t expect to predict the future in any way. Even though I’ve read The Black Swan by Nassim Nicholas Taleb, and intellectually know it’s impossible to predict the future, we all keep hoping we can shape it. Tuesday, a whole flock of black swans landed. That should have been enough to teach all of us that we can’t predict the future. It won’t. We will all continue to campaign for our own models of reality. Conservatives refuse to see climate change, but then I guess I refuse to see conservatives.

15 thoughts on “Lessons I Learned from the 2016 Election”