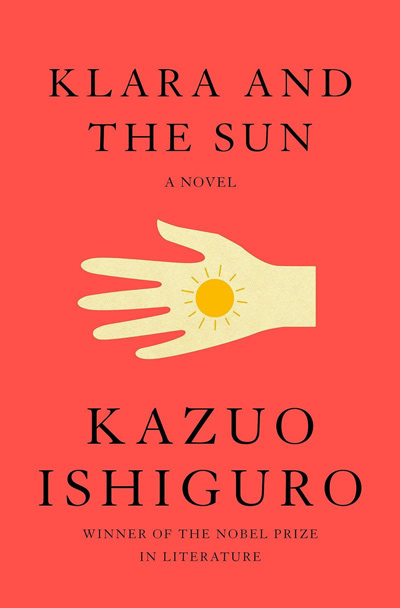 Androids that can pass for humans have become very popular characters in books, movies, and television shows. Klara and the Sun by Kazuo Ishiguro is the second novel I’ve read by a literary writer to explore this theme, the first being Machines Like Me by Ian McEwan. I reviewed it back in 2019. I have to admit that literary writers do a better job at characterization than science fiction writers. Klara is a fully realized being that we come to know from a first person perspective.

And I was impressed with Ishiguro’s science fictional speculation. He develops Klara with a distinctive speech pattern and we learn about Klara’s way of perceiving the world through Klara’s narration. Klara is designed to be a girl robot, an artificial friend, and androids like Klara are referred to as AFs in the book. Other than looks, Klara’s personality has little to identify as female. Klara is a being with growing awareness and Klara’s consciousness grows by observations. We never know exactly what Klara looks like, but since Klara is supposed to be a companion for a teenage girl we have to assume it looks like one.

However, one of my greatest objections to stories about androids passing as humans is giving them gender. For some reason creators of such stories believe AI minds will have gender and that’s illogical. AI minds, no matter what their outer casing looks like will not have gender because they will not be based on biology. Nor will they have human emotions. All of our emotions are tied to our biological subsystems. Writers of these stories seem to assume people will want to buy machines just like themselves. That might be true, but it won’t happen.

Klara starts out life in a store waiting to be bought. I imagined an upscale Apple Store. We slowly learn how Klara thinks about things from its observations. Klara’s vision is broken down into a grid system. Sometimes this appears to help Klara with perspective, sometimes with identifying objects, and sometimes with analysis of the details of specific aspects of what’s Klara sees. If you remember Deckard using the machine to analyze a photograph in Blade Runner, that’s how I envisioned Klara’s visual field. I thought this clever of Ishiguro.

Klara is eventually bought to be the companion for Josie, a young teenage girl around fourteen who suffers from an unnamed medical condition. Josie’s sister died from a similar condition. One of the mysteries of the novel is what they suffer from.

Ishiguro fleshes out this story with many other current science fictional speculations. Some kids, like Josie have been genetically altered (think Gattaca) while others haven’t. Josie’s closest childhood friend Rick hasn’t. The society of this world has also put many people out of work while elevated other humans with high status jobs. In this story, Josie’s mom has such a valuable job, but her divorced dad doesn’t.

Another fascinating theme introduced by Ishiguro is theology. Klara is a Sun worshipper, which is logical since Klara runs on solar power. However, Klara’s simple-minded beliefs are hard to accept. Ishiguro makes his AFs childlike in their thinking. If we ever create AI minds with general knowledge, including a chip with all of human knowledge would probably only add a buck to the cost. AI minds will know all human languages, all of mathematics, physics, chemistry, and biology, all of history, literature, and the arts, all of philosophy, religion, and psychology.

But Klara and the Sun is a story, and for this story, Klara has an innocent faith in the Sun. Giving theology to robots is what made Battlestar Galactica great, and has the same effect here.

Klara and the Sun is really about human relationships, and all the plot complications deal with Josie and her family. Without spoiling the story, it’s what the humans want and fear from machines that make the novel philosophically interesting. Ultimately, I believe Ishiguro rejects our sillier desires for androids that pass for humans such as creating them to satisfy our sexual urges, but even the ones he does suggest seem tied to our basic instincts.

Overall, Klara and the Sun is an enjoyable story, but more and more I’m getting disappointed that writers can’t picture realistic AI beings, or imagine such realistic AI beings’ impact on our society. There are no real reasons to create robots that look like us. There’s no reason to think they will think or feel like we do. And they will certainly have immense intelligences that will dwarf ours. We will probably anthropomorphize them even when real AI beings with general intelligence emerge because that’s our hangup.

But how will AI minds see us? Our behaviors will be inscrutable to them. They won’t be able to imagine love, hate, pain, lust, anxiety, humor, greed, jealousy, pride, and all our other emotions. AI minds will understand us like biologists study all nonhuman living organisms. AI minds will see us through their statistical studies of our behavior and by theorizing on how our behavior coincides with our languages. But could you imagine love, hate, or pain if you’ve never felt them?

Klara believes Josie was helped by the theology Klara imagined, but there is no real reason to believe this is true. If you read this novel, pay attention to Klara’s usefulness throughout the story. Does Ishiguro ever suggest that an AF would be an actual useful companion for teenagers? Or is Klara no more than a sentimental toy?

How will humanity be helped or hurt by AI minds? I think such novels are waiting to be written. So far all the ones about computer overlords or humans passing for human are based on our most basic emotions. Writers need to think outside our brain box we can’t seem to escape.

I actually thoroughly enjoyed reading Klara and the Sun despite my nitpicking about how writers want us to believe we can create androids that will pass as humans.

24 thoughts on “Another Literary Novel About Androids Passing for Human”