I grew up back in the 1950s watching old westerns on TV. Even though I took up reading science fiction in the 1960s and have always identified myself as science fiction fan, my favorite movie genre is westerns. I’m rather finicky about my westerns too. Although the 1950s and 1960s were the heydays of television cowboy shows, I prefer the cinema westerns from Stagecoach (1939) to Ride the High Country (1962) era. Starting with films like A Fistful of Dollars (1964) and The Wild Bunch (1969) movie makers began to alter the genre. I liked these films, but they weren’t the same as the westerns I loved most and how I define the genre.

Too often today when they do make westerns, the level of violence is off the scale. We still get a quality western every few years. Open Range (2003), Appaloosa (2008), and True Grit (2010) are wonderful examples, even though their style has migrated away from how I define the classic western. But I find westerns like Quentin Tarantino’s two recent films grotesque insults to the genre. All too often, I just can’t watch the films called westerns today.

Thus, I was both excited and a little worried when I first heard about Godless. I must say I enjoyed the series and raced through all seven episodes in days. However, I’m not sure what to make of it artistically, morally, and philosophically.

No work or critic can define a genre, but there are movies called westerns that completely distort what I consider to be the heart of the genre. Even during the 1950s, there were so-called westerns where characters rode horses and carried guns but their story’s soul belong to some other historical psyche. 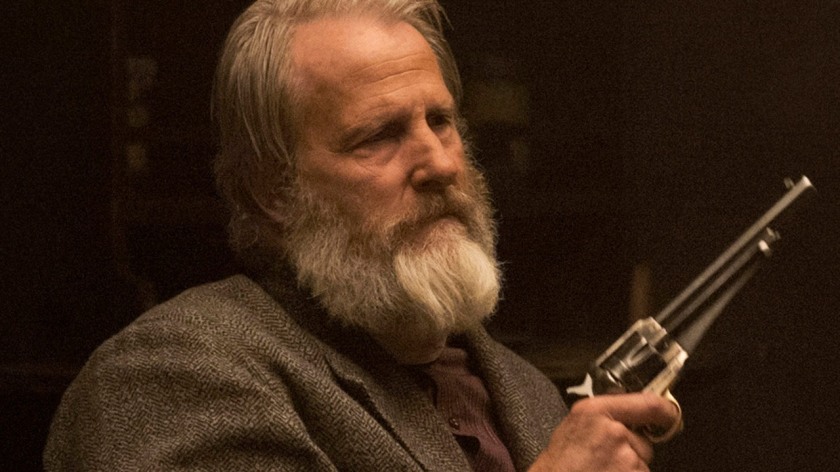 As a kid, I grew up believing watching westerns taught me about American history. That made my black and white television screen a window to the past. It wasn’t until I got older that I realized that every decade has a different view of the American West. How do you reconcile They Died With Their Boots On (1941) with Little Big Man (1970)? Godless (2017) gives us another view of 1888, but should we consider it insight into 1888 history, or just a thrill ride fantasy like West World (2016)?

Godless is full of horrendous violence with a hard-to-believe ending. I feel any good western should be true to the 19th-century even if it doesn’t chronicle historical events. I judge westerns by these criteria:

Frank Griffin (Jeff Daniels) is an extreme character in Godless, especially since he thunders around the country with over thirty killers on horseback. But was Griffin more violent or crazy than William Quantrill or John Brown? Was the bizarre massacre of Creede, Colorado unrealistic when you think about Lawrence, Kansas of 1863? Also, Frank’s strange adoption by Mormons is based on the real Mountain Meadows massacre. (Although Frank looks too old to have fit the real timeline of history.)

Godless feels both realistic and unrealistic. I found it hard to believe Frank and his band of murderers traveled without pack horses and supplies. They looked kind of silly galloping across the land like a large anti-posse with one-armed Frank in the lead. It reminded me of Forty Guns when Barbara Stanwyck would lead 40 gunfighters on 40 horses faithfully riding behind her wherever she went. In both movies, the mass of riders looked silly, even overly melodramatic. Modern movies are always trying to out-do past movies. I’m surprised Frank did have 80 outriders. Maybe the makers of Godless hadn’t seen Forty Guns. The show would have been more realistic with just a dozen in Frank’s army. It certainly could have made the ending more realistic.

Overall I admired and enjoyed Godless. But the show kept bugging me with small distracting issues. Michelle Dockery had too many outfits for a poor woman living on an 1888 ranch, some of them much too fashionable. And she changed them too often. And even though I liked the idea of a town full of women fighting an army of outlaws, it seemed cartoonish. Their last stand reminded me of The Magnificent Seven, which is a western I love, but one that’s somewhat over-the-top. Godless goes way overboard. There were other small details that bothered me too, but mentioning them might give spoilers.

I wasn’t sure about the costumes. They seemed realistic at times, especially for the men. Westerns are always changing how the old west looked. Just compare True Grit (1969) to True Grit (2010). One reason I didn’t like 1960s TV westerns was everyone’s costumes seem too clean and store bought. I’ve always wondered if the wild west fashions of cowboy films of the 1920s and 1930s were more realistic because they were closer in time to the actual historical west. I keep looking for period photos for clues, but they are hard to come by. 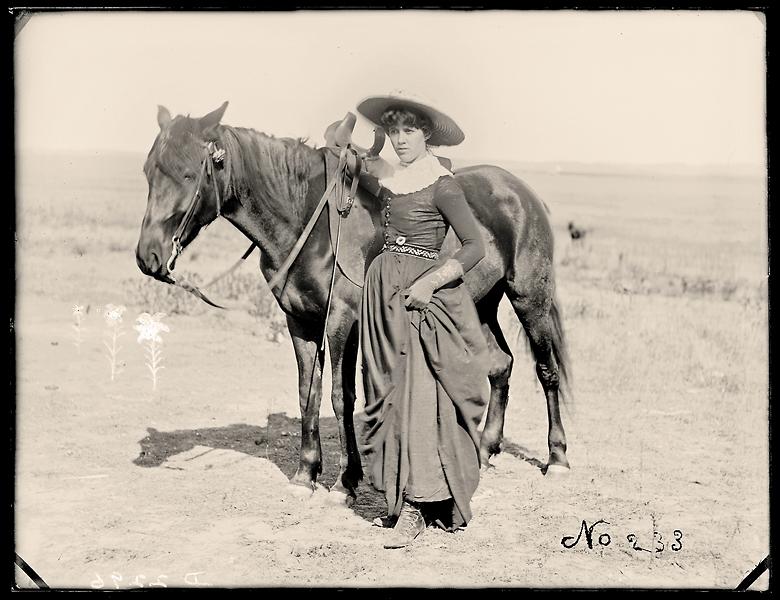 Finally, there’s the philosophical interpretation. Westerns are inherently about violence. Guns and gunfights are the solutions to western plot conflicts. I assume Frank and his gang represent evil and the citizens of La Belle represent goodness. But I’m curious how our politically divided country will see things. To liberals, Frank and his gang may remind them of gun nuts and mass shooters. Frank could be a stand-in for Wayne LaPierre and the NRA. To conservatives, Frank is a crazy Islamic fundamentalist with a gang of terrorists. They see La Belle as proof that people need to arm themselves. The film shows women with no gun training effectively using firearms to save themselves.

The love triangle between Roy Goode (Jack O’Connell), Alice Fletcher (Michelle Dockery), and Bill McNue (Scoot McNairy) was unsatisfying to me. But the one between Mary Agnes McNue (Merritt Wever) and Callie Dunne (Tess Frazer) felt logical. So did the one between Whitey Winn (Thomas Brodie-Sangster) and Louise Hobbs (Jessica Sula). 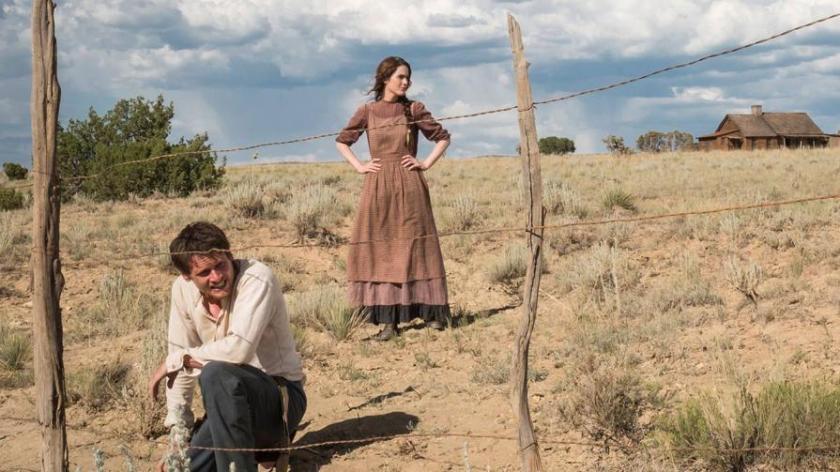 Law and the government are shown to be ineffective at protecting citizens in this story, as is in most westerns. Plus, the press is corrupt. A. T. Grigg (Jeremy Bobb) is the editor and reporter for the Santa Fe Daily Review and a publisher of fake news. Grigg reminds me of W. W. Beauchamp, the writer in Unforgiven (1992). I believe this is realistic though because newspapers back then printed pretty much what they felt like, and dime novelists invented the Wild West with tall tales.

Sean T. Collins over at AV Club has an episode-by-episode review of Godless, where he did a fair amount of nitpicking. I could see the faults he saw, but for the most part, they didn’t bother me. Collins gave most of the episodes a B or B-. I think I’d give the show a B+ overall. Godless isn’t Lonesome Dove, but it’s not far behind it as a western mini-series. I’d guess most fans would consider Lonesome Dove (1989) the gold standard of television westerns. I’d agree and also give Deadwood (2004-2006) an A+ too.

Here’s a list of some of my favorite westerns.

13 thoughts on “‘Godless’ and the Western Movie Genre”