I’m reading Kim Stanley Robinson’s latest science fiction novel, New York 2140. The story depicts a future New York City through the eyes of a wide cast of characters, reminding me somewhat of Stand on Zanzibar by John Brunner. Robinson’s characters are survivors of a massive rise in sea levels. And even though they face horrible problems, their problems don’t seem any worse than those we face. The message is we always have problems, and we always solve them in a muddling way. 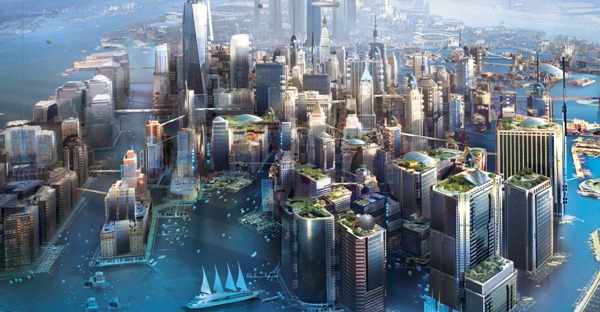 I’ve felt until now that climate change fiction warned us to avoid environmental doom. Have we already given up the battle? Are we now accepting rising seas and mass extinctions as inevitable? Donald Trump’s budget came out today, and it’s all too obvious he’s not going to fight climate change. Has everyone else given up too, including science fiction writers, of returning CO2 levels to below 350 ppm?

It is quite clear that conservatives have chosen lower taxes over action to stop global warming. Their greed knows no bounds, just look at their health care proposal. They prefer a tax cut for the rich over any Sermon on the Mount compassion. They pretend to believe climate change is not real, but I can’t believe they’re that stupid. I wonder if they haven’t psychologically accepted rising oceans in exchanged for lowering taxes and deregulation windfalls?

New York 2140 is a very entertaining novel, but I’m wondering if Robinson isn’t taking a Pollyanna view of the future. His New York City of 2140 is vibrant and alive, even after the oceans have turned it into a new world Venice. If I wrote science fiction my 2140 NYC would look a hundred times worse than New Orleans right after Katrina. My novel of a doomed city would be closer to Samuel R. Delany’s Dhalgren. Robinson makes 2140 NYC horrible but exciting, even attractive. 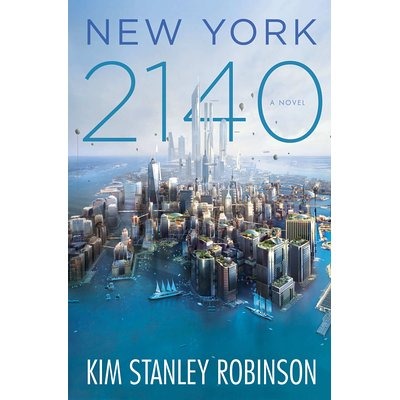 KSM is considered a very realistic science fiction writer, but isn’t he also overly optimistic? Red Mars, Green Mars, Blue Mars, and 2312 reveal a lot of hope for the future. Is Robinson being too hopeful? We have to ask ourselves if civilization can survive runaway climate change? Robinson’s book suggests we’ll adapt and survive like our species always has in the past. But can we really bank on that trend? I’m not so sure.

I don’t think humanity will become extinct if we don’t reverse rising CO2 levels. We are adaptable. I do think we risk devastating billions of lives, and jeopardizing civilization as we know it. Our current successful civilization depends on relentless economic growth. I don’t think that’s sustainable. The real challenge of climate change is mutating our current civilization from free market capitalism to steady-state capitalism. The neo-nationalism we’re experiencing today suggests humans aren’t adaptable to such a change.

In that sense, I’m not sure Kim Stanley Robinson is right in thinking we’ll continue to succeed like we’ve had in the past. I worry we’re approaching a breaking point. That might happen yet in his novel, I haven’t finished it yet.

I’m listening to the audio version of New York 2140, but I admire it so much, I’ve decided to get the book version and read it too. I don’t think one reading will be enough.

17 thoughts on “Have We Accepted Rising Oceans as Inevitable?”