We’ve been hearing about climate change for decades. We’re bombarded with scary documentaries, long range forecasts, books, essays, news reports, science fiction on what global warming will do to Earth.

What I find even scarier are the psychological traits of climate change deniers. 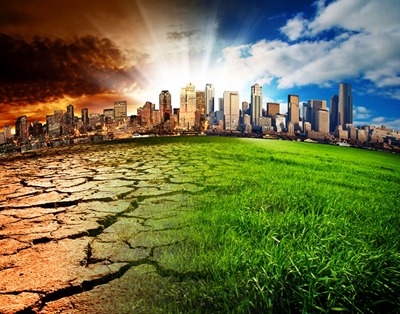 The power of denial might be eviler than actual climate change. Those traits reveal the limitation of the human mind. Our species, even with the best brains on the planet, might not be smart enough to save ourselves from self-destruction. Here are some psychological traits that could be more dangerous than increase CO2.

Climate change deniers reveal their massive egos by their righteousness. The world has spent trillions of dollars on supercomputers, satellites, monitoring stations, laboratories while hiring vast armies of scientists with Ph.D.s to use that equipment.  97% of scientists analyzing the results show climate change is real. As long as we have a significant percentage of human population thinking they are smarter than all the scientists, computers, and science, we’re in big trouble.

Science is our only tool for consistently understanding reality. Science is based the statistical consensus of evidence. Its methodology is designed to be immune to nationality, race, ethnicity, gender, class, sexual orientation, religion, philosophy or other biases. To reject science is to reject any hope of objectively understanding reality. People who trust science by flying on an airplane or having brain surgery but deny other scientific results indicate that humans might not be rational enough to survive as a species.

Greed is the main reason people believe they’re right and climate scientists are wrong. Solving climate change requires global cooperation, powerful governments, and taxes, three concepts hated by fundamental conservatives because it undermines their essential gospel of no taxes. In other words, they’d rather get rich than save the world.

The percentage of people who can brainwash themselves into denying climate change is terrifying. Their egos can embrace poorly educated talk show hosts over legions of highly trained scientists reveals a limited grasp of reality. Part of this comes from our ability to believe. The same trait allows humans to accept Jesus and positively know they’ve gained immortality. We can rationalize anything, and that’s dangerous.

Religion isn’t inherently anti-science. In fact, some churches are embracing global warming as a moral issue. However, hatred of science is a trait of many religious believers. They see science in opposition to religion, and since climate change is on the side of science, they have to choose the other side. To them, the choice is everlasting life and science.

Many people deny climate change because they hate fate. Climate change feels too much like fate, even though it isn’t. We can avoid global warming if we choose. Ironically, by denying a possible future they are creating it. They feel climate change represents an inevitable future, and they reject that.

Another trait of deniers is they deny responsibility to their descendants even when they’re family oriented. Instead of wanting to protect future generations, they shove their heads into the sand. They are denying an obligation to their children, grandchildren, and future generations. Climate change deniers deny the sins of the fathers.