It’s one thing to choose to diet, it’s another thing to have to diet. I’ve become trapped into eating healthy because of my heart. If I go off my diet, I can feel the symptoms of my arteries clogging, and that isn’t nice. It seems like everyone I know can just chow down on anything they want, and ignore any possible consequences. I resent that. Some of my friends are visibly fat, but others aren’t. Most of my friends take statins or blood pressure medicines, or both. My wife has great cholesterol numbers because of her statin, and she eats what she wants. I have to take a statin and eat vegan just to keep my numbers in line.

They say the first sign of heart disease for many people is the heart attack that kills them. My first signs a few years ago were decreasing vitality, lack of stamina, trouble breathing and tightness in my chest. I was “fixed” by doctors putting a little spring in my widow maker artery called a stent. The trouble with atherosclerosis is it builds up everywhere in your arteries. Unless I change my habits, I’m only waiting for the next clog. 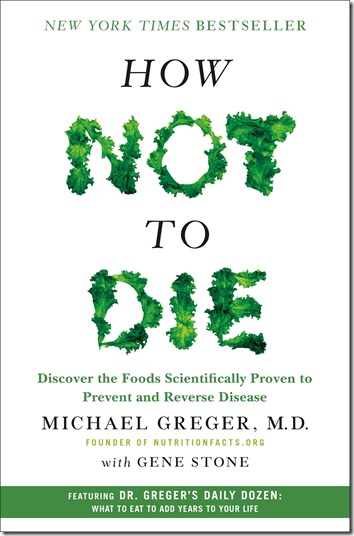 I’ve been experimenting with a plant based diet, something former President Clinton did after his stent was put in. He claims his research revealed that 82% of people who follow a plant based diet after a heart problem heal themselves. I’ve been trying to follow that diet for the last couple of years. When I stick to it, my cholesterol numbers go down. When I don’t, they go up. I keep trying to find ways to cheat with some of my favorite foods (peanut butter, sweets or cheese), but when I do, my LDL goes up again. If I cheat long enough, I can feel some of my old symptoms returning.

The book I try to follow, Prevent and Reverse Heart Disease by Caldwell B. Esselstyn, Jr. M.D., is very strict. When I follow Esselstyn’s diet I feel good, and I lose weight. I can eat as much as I want off the approved foods, but no fun foods. After a year of trying to find ways to tweak his diet in my favor, and four quarterly blood tests, I know I can’t. I’m trapped in this diet. I’ve found a new book, How Not To Die by Michael Greger, M.D. that confirms the claims of a plant based diet with numerous scientific reports. Greger runs a website, nutritionfacts.org, that regularly explains the research in medical journals with short easy-to-understand videos.

My dad died at 49, on his third heart attack. He survived two attacks and a stroke, but was miserable for seven years. He never ate healthy, never stopped smoking, and always ate what he wanted. Evidently, by not smoking and being a vegetarian since the 1960s, has let me beat his record and live to 64. I was always a sweet-tooth vegetarian. Now I’m discovering that I have to jettison the junk food to live longer.

Advocates claim following a plant based diet will reverse heart disease. I hope that’s true. If I’m going to die anyway, I’d rather go out eating Ben & Jerry’s. Right now I don’t have a choice. If I don’t eat healthy I feel my heart clogging up, and that feels pretty much like having a scary guy point a gun at my head and say, “Eat that and die.”