I’ve been reading science fiction for over fifty years—mainly for fun and entertainment—but also to speculate about reality in a way that science and philosophy do not. Now that I’ve written a book review for SF Signal, and working on another one, I’m wondering about how to approach book reviewing. I’m not interested in describing new books and then judging them by a rating scale. Any book I take the time to write about will be one I’m recommending. What fascinates me is why a book grabs me in the first place. After reading a couple thousand science fiction novels, I would think science fiction has nothing new to say to me, but it does.

No matter how many times an old idea is used in a new novel, some writers find new angles to examine. To be perfectly honest though, most writers don’t. Most new novels bought by publishers (as oppose to self-published novels) are pretty good at telling their story, and should find readers to admire them if they get the right promotion. What I look for is a book where the writer uses their story to express a philosophy about literature or science, or both.

How you tell a story conveys your philosophy about storytelling. If you bring attention to how the story is told, you’re making a statement, if you write solid prose that enchants the reader without drawing attention, you aren’t. The approach to science fiction takes two paths also. The first is to take a tried and true science fictional concept that readers love and work it into an appealing new story. The second, which is much harder, is to invent a new concept, or find a novel way to look at an old concept. 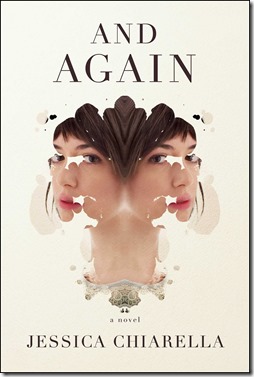 The novel I just finished, And Again by Jessica Chiarella, takes a standard literary device of telling four 1st person accounts in a round robin fashion. These people have new cloned bodies, which is her science fictional idea. Cloning is not a new concept. What Chiarella does new is make their stories very personal. There’s no plot. No heroes. The world doesn’t need saving. There’s no war between the normal folk and the clone folk. All Chiarella does is to ask: If you had a new body because you wore out your old one, how would it feel to start life over again. I found her four characters engaging, realistic and revealing. A novel worthy of recommending. But how do I review And Again to prove that it is interesting to would-be book buyers? Is my word good enough? I wouldn’t think so. What details could I offer as evidence? And would giving those details spoil the story?

Where I believe Chiarella was being an innovative science fiction writer (and I’m not sure her publisher is promoting her as such) is by her take on the clone story. Generally cloning is used in science fiction to explore the big ideas of serial immortality, brain downloading, new forms of humanity and rejuvenation. Clone stories often make for complicated SF murder mysteries or intricate mysteries of lost identities. Chiarella takes a rather mundane approach. It appears her characters had portions of their brain transplanted in a accelerated grown clone body. That side-stepped a bunch of philosophical issues. (Did the person die in the transfer, how can we download a mind, etc.)

This puts Chiarella in that zone I call the cutting edge—after the science of cloning, but before we know the limits of brain transplants. Until science proves that brains can’t be transplanted, it’s a viable science fictional concept. However, her setting is contemporary Chicago. Her characters’ stories are ordinary as New Yorker short stories. Other than how they got their new bodies, there’s no science fiction. So is the story science fiction? I think it is. How do I prove that in a review?

I’m not sure if readers of SF Signal want to hear all of this in a book review. I often write long-winded pieces, that fairly often toss off comments that annoy people, like “Can Science Fiction Save Us?” Such extended wool-gathering bores the average site visitor hoping to discover a new book they want to read. Most review readers want something short, to the point, and convincing. Which makes me think I need to learn how to say what I have to say in many fewer words. But I’ve got to write more than, “Hey this book is great, read it.”

For my blog I can write anything I feel like. But now that I’m teaching myself how to review science fiction books I’ve been studying various websites and magazines, and have noticed that they each present a certain style in their reviews. Print magazines are confined by space. Web pages are scanned by hyper-readers in 20-second visits. I wish I had both the writing ability, and the scholarly knowledge to write book reviews like I read in The New York Review of Books. Their reviews are so educational that just reading a couple of columns overwhelms my brain with new knowledge.

I’m playing a game at SF Signal. For decades I’ve concentrated on classic science fiction. This year I’m trying to discover new novels that are published in 2016 that I think will be on reviewers “Best SF of 2016” lists in December. I think And Again has a chance, if SF reviewers consider it science fiction.

20 thoughts on “How To Review Science Fiction?”