What are the minimum number of books you’d have to read to get a good overview of reality? Would they all be science books, or would we need philosophy, history, mathematics or even religious texts to go beyond what experimental results can’t cover?

There are billions of people on this planet who explain existence with the help of just one book. These sacred works have been around for hundreds, if not thousands of years, well before science and scholarship. It’s quite understandable to want just one manual, but is this world explainable in words? Science experiments offers an alternate explanation to ontological questions, but requires reading a library of books to understand. That might be why billions stick to their single volume guides. 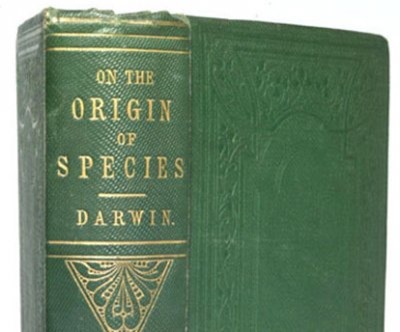 Is there a single science book that can compete with The Bible, Quran, Tanakh, Tao Te Ching, Rig Veda, Diamond Sutra, etc.? Does science even try to give one book believers what they want? A book on cosmology or biology explains aspects of reality but without telling people how to live. People who live by just one book, read for guidance, not explanations. They want the world to be easily explained, fair and just. The trouble is science splendidly explains how reality works in tremendous detail, but offers no guidance how to live. We followers of science are left to find our own purpose, because science clearly shows everything in this reality is a product of impartial statistical events.

Do people choose one book solutions because reality is overwhelming, preferring simple myths instead?

How many science books would a person of faith have to read before they could understand the existential nature of their lives? Because believers are taught from an early age to believe in their single books, their non-scientific views are deeply ingrained in their minds, and hard to reprogram. Apparently, anything we learn as children sticks with us, and is very hard to erase. If children were taught Darwin at an early age, and their one book was On the Origin of Species, would the world be psychologically different?

Few scientists understand the actual science of things beyond their narrow specialty. If everyone had to read the original research of all the discoveries of science, we wouldn’t have much time for anything else. Most supporters of science understand reality through popular science, which is only an approximation of real science. Our knowledge about reality is collective knowledge. People who argue against evolution are really arguing against millions of books and research papers.

I once bought On the Shoulders of Giants by Stephen Hawking, which reprints the original scientific writings of Kepler, Copernicus, Galileo, Newton and Einstein, but I could not read it—at least for long. If I devoted my life to it, I could probably understand this book after a few decades of trying.

What would happen if schools showed documentaries that recreated all the great science, mathematics and engineering experiments of history, so that little kids saw how people discovered details of reality for the first time? Would seeing be better than reading?

I’ve read hundreds of nonfiction books and seen just as many documentaries, but I’d be hard press to point to a selection and claim they are the basis of my beliefs. Of course I have a confusing, muddled view of science and mathematics, and couldn’t actually teach what I know either. However, because there are endless views of The Bible or Quran, I tend to think even having just one book to master doesn’t lend itself to consistent explanations.

Despite all the books I’ve read about Einstein, and all the documentaries I’ve seen that explain his work, I still can’t comprehend relativity. Evolution makes sense to me, but I couldn’t teach it. I can understand why other people might not comprehend evolution.

Maybe we should ignore books altogether. Maybe we should strive to teach kids the basic concepts of science by having them recreate the experiments themselves. I’m getting sort of old, but I wonder if there are any experiments I could learn to do, that would allow me to see how a basic aspect of reality works. For example, I’ve been taught the sun is a big ball of hydrogen. Is there anyway I could prove that for myself?

For 2016, I plan to read On The Origin of Species. I wonder how close I can get to seeing the science behind it, and how much will remain just a story, a myth, a generalization? And after that, I want to find another science book that will take me closer to understanding real science rather than popularization. Einstein discovered relativity with thought experiments. I don’t think there will be many books I can comprehend actual science without mathematics and experimental apparatus, but there might be a few. I’m sure it’s more than one.

I ask my friends who believe in The Bible to distrust what it says, but am I not a creature of faith by my acceptance of science from popular sources? Who knows, maybe one book guides are one too many. Maybe we shouldn’t believe anything unless we can recreate the experimental proof ourselves.

3 thoughts on “Explaining Reality With More Than One Book”