I love The Signature of All Things by Elizabeth Gilbert so much that I hunger to know how it was written. This book is such a perfect mixture of historical detail, psychological realism and imagined characterization that it becomes deeply philosophical, going well beyond just a great story. I can’t help but believe it’s Gilbert’s personal statement about the nature of reality. I don’t know if Alma Whittaker is Elizabeth Gilbert, but she’s probably the woman Gilbert would want to be if she lived in the 19th century. Don’t let any prejudice about Gilbert’s earlier books keep you from reading this one.

If you love stories of the 19th century, especially ones about natural philosophers becoming scientists, then you should read The Signature of All Things. Gilbert’s sprawling tale covers two lifetimes beginning in the 18th century and ending in the 19th, and includes sea voyages, botany, biology, lithography, Tahiti, Captain Cook, Joseph Banks, Charles Darwin and Alfred Russell Wallace. This time around, we get to live an alternate history where there is a woman scientist, Alma Whittaker, who made some very great discoveries on her own. Alma Whittaker is the person you’d want to be if you could reincarnate backwards in time.

If you’ve ever fantasized about living in the 19th century and becoming an amateur scientist yourself, The Signature of All Things is among the more detailed of such fantasies. Science fiction has always looked to the future, but the future hasn’t turned out to be everything it was cracked up to be, so many science fiction fans have turned to fantasy, and many of them love steampunk, a retro look at the Victorian era. This book isn’t steampunk, but it wears the same appealing fashions. I think there are many deep rooted psychological reasons why us futurists have turned to look backwards to Darwin and Dickens. This book is historical, but not quite historical fiction. It has intense sense of wonder, but it’s not science fiction, not in the traditional sense, but it should appeal to the science minded person.

Science fiction itself evolved out of Victorian era sense of wonders, and we grew up believing in lone inventors who could master the magical incantations of science. We love all those butterfly collections, scientific sea voyages and dinosaur hunters. 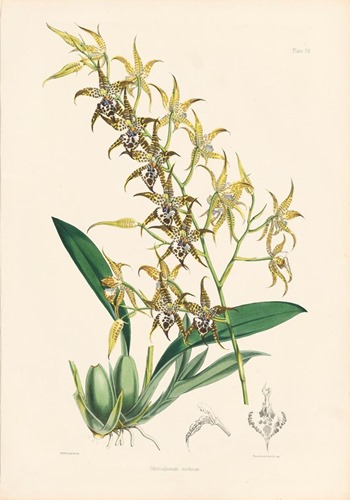 The Signature of All Things is a love letter to those who embrace the natural world over the metaphysical.

The first fifty pages of the book is about Henry Whittaker, a fascinating character that could have easily overshadowed the main character, his daughter Alma. Alma Whittaker is the ultimate free-range child educated by her stern Dutch mother, Beatrix. Alma was born January 5, 1800, so she ages with the century. Alma grows up on a huge estate outside of Philadelphia, and her father invited the most interesting men in the world to visit. Even as a child, Alma was expected to carry on an adult conversation at the dinner table. She mastered many living and dead languages, read everything in her father’s large library, and taught herself to become a botanist, specializing in mosses.

I can’t begin to chronicle all the ideas in this novel. Gilbert distilled her three years research into five hundred pages of fiction, and on almost every page, I wondered about her choice of detail to reveal. The book is tightly plotted, with an abundance of vivid characters, and the reader travels around the world three times. And it’s not until the end, that everything finally comes together. It’s a very satisfying ending, yet I wanted to know more. I wanted to know how and why Gilbert made her writing decisions.  I found some of the answers I sought in this interview:

Victorian scientists were big on developing classification systems, mapping every scrap of land and sea, inventing coordinate grids and measurement systems, taxonomies, and most of all, collecting. Science in the time of Dickens was small enough in scope, that most intelligent individuals could be well-versed generalists. There is a special kind of appeal to science before relativity and quantum mechanics. A gentleman or gentlewoman with a microscope and telescope could confirm most of what they read, and it was still possible to keep up with the reading in most fields.

Alma Whittaker, is a woman that wants to understand, and through almost endless hardships, becomes enlightened.