Now Westfahl didn’t say Heinlien wrote satires, but satires on science fiction, and even makes a case that Heinlein is parodying his own earlier work.  Westfal starts his essay by claiming Heinlein is a golden age science fiction writer that still has impact:

Still, there is at least one classic writer that every science fiction reader must come to terms with; for when you visit a bookstore today, the science fiction section may have only a few books by Jules Verne and H. G. Wells, or even Isaac Asimov and Arthur C. Clarke, and there may be few signs of their influence on other writers. But the works of Robert A. Heinlein are still occupying a considerable amount of shelf space, and the evidence of his broad impact on the genre is undeniable.

I don’t agree.  Heinlein has always been my favorite SF writer, but I’ve watched his reputation’s slow decline in recent decades.  I am totally open to reevaluating Heinlein’s work like Gary Westfahl has done, but not to explain Heinlein’s continued success, but to rescue Heinlein’s work for contemporary readers.  I think we need to find and recognize Heinlein’s best work that will appeal to new readers.  In our Classics of Science Fiction Book Club we have many Heinlein fans but far from most, and his popularity is on the wane, especially with younger readers.

I don’t think repackaging Heinlein as a satirist will sell or fly. 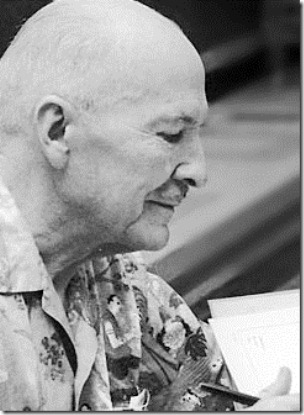 Claiming Heinlein’s later work is satire is not new, William H. Patterson Jr. was the first one I remember proposing this idea in his book The Martian Named Smith back in 2001.  But I’m sorry, I just don’t buy the satire theory of Heinlein.  To me Heinlein was always as serious as a rattlesnake, and even when he was being light hearted, as he was in Have Space Suit-Will Travel, a book for children, he was dealing with kidnapping, murder, torture, genocide and destroying planets.  Heinlein worked awful hard to make that book realistic, even though it had a silly title.

And that preaching has always been in Heinlein’s work, but I believe editors always reined Heinlein in until he went to Putnam.  Once Heinlein moved to G. P. Putnam, we finally get to see the naked Heinlein.  I don’t think he wanted to wear court jester attire, he was a nudist.  When Heinlein’s characters propose killing people for being rude I don’t think Heinlein was trying to be funny or satirical.  I think he really meant we should shoot rude people.  And this horrifies me.

Even at the end of Have Space Suit-Will Travel, when Kip is before the galactic tribunal and Earth is being judged, Kip gets mad and tells them, “All right, take away our star–  You will if you can and I guess you can.  Go ahead!  We’ll make a star!  Then, someday, we’ll come back and hunt you down—all of you!”

That wasn’t satire.  Heinlein meant it.  Heinlein has always believed that homo sapiens are the most dangerous creature in the galaxy.

The Daily Show is satire.  Saturday Night Live is satire.  Satire is something liberals do.  I don’t think deadly serious conservatives do satire.  When Heinlein was younger he had some liberal in him, but I’m pretty sure most of it was gone by 1958.

If you read Heinlein from beginning to end, over and over again, you’ll see he had certain pet ideas that were always present in his stories.  I believe Heinlein changed his writing style to fit his publisher.  In the early days those were pulp magazine editors.  Then he started writing for the slicks after the war, and finally snagged a lucrative deal at Charles Scribner’s Sons in 1947 and wrote twelve amazing juvenile novels.  Heinlein’s writing was confined by Alice Dalgliesh, his editor while at Charles Scribner’s Sons.  In the 1950s he also wrote a handful of adult books for Doubleday, and they were different from the Scribner titles.  Finally he went to Putnam, and his writing changed again.  I think Putnam let Heinlein be Heinlein.

Heinlein always claimed his number one reason for writing was money.  But after he got money, I think he wanted to express his own ideas.  As he got older, I believe Heinlein started expressing his personal fantasies.  I think all his later books are his own personal power and sex daydreams.  I don’t think Jubal Harshaw was Heinlein, but I believe Heinlein wanted to be Jubal Harshaw.

Personally, I believe Heinlein’s writing got sloppy as he got old, and lost his ability to write structured novels.  He never was great at the structure of fiction, but the editors at Putnam let him run wild.  I don’t think Heinlein ever wanted to be Jonathan Swift but Patrick Henry.  Later in life Heinlein claimed his essential books were Starship Troopers, Stranger in a Strange Land and A Moon is a Harsh Mistress.  Oh, I agree some of Stranger does seem satirical, like the scenes with the angels, but I believe that was Heinlein being sentimental, more like A Wonderful Life for grownups.  Most of Heinlein’s political drama is simplistic, like out of a 1930s Frank Capra flick.

I believe all the scenes with Harshaw are Heinlein talking straight.  I believe the scenes with Mike are Heinlein’s power and sex fantasies.  The Fosterite Church scenes could be labeled satire on 1950s television preachers, but what is he satirizing?  One of Heinlein’s pet ideas was proving that the soul existed after death.  Do people attack beliefs they want to be true?  Mike, Foster and Digby become archangels in the end.  Is this satire or sentimentality?

Is Heinlein attacking “Thou art God” philosophy or proposing it?

Satirical writers have a target in mind for their writing.  They want to destroy people and ideas with humor.  Heinlein was cynical and angry, and didn’t think much of the average man, but I don’t think he was trying to kill people with humor, if Heinlein wanted to kill people he’d use a gun.  Heinlein was as funny as William F. Buckley, Jr.  Heinlein never struck me as a George Carlin, Jon Stewart, Stephen Colbert, or even a Mark Twain.

Although Heinlein is my favorite writer, I’ve always felt he went downhill after he went to Putnam.  None of the Putnam books strike me as funny or satirical.  Heinlein is attacking people, ideas, customs and society, but I don’t believe its with humor.  Humor is a funny thing in that what I might not laugh at someone else will.  Maybe I’m just missing the satire.  Heinlein always seemed to be about getting what he wanted.  He was bad about developing conflict, and generally created faceless straw men to knock over.  Satire is all about the details of the enemy, and Heinlein was always about the details of people who got ahead and took what they wanted. 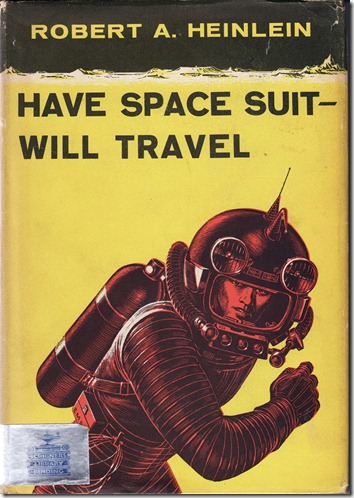 It never occurred to me to think Have Space Suit-Will Travel is satire.  What I worry about now is modern minds looking back on those old books and thinking them silly, and concluding the author must have written them for laughs.   And I can even see why Gary Westfahl claims Have Space Suit-Will Travel is poking fun at science fiction because in modern eyes the story might seem quaint, goofy and naïve, but back in 1964 it was my Bible, my dream, my fantasy for the future.  I would have exchanged places with Kip in a heartbeat.

25 thoughts on “Is Heinlein’s Have Space Suit-Will Travel Satire?”