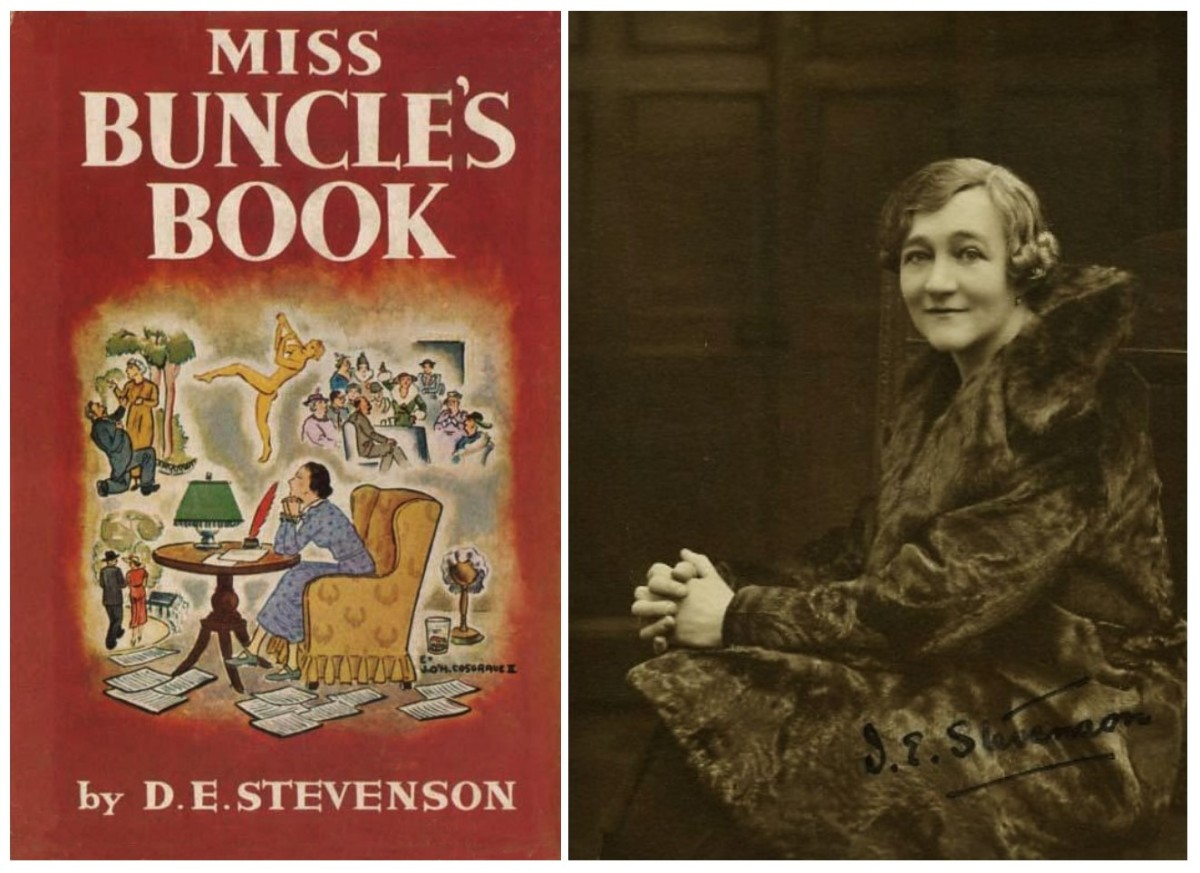 Why do we love some books more than others? Why are some books so enchanting? Why is it so hard to always find the perfect book to read? Especially when we’re old and jaded and have read thousands of books.

I just finished Miss Buncle’s Book by D. E. Stevenson and I want to explain why I loved it so much. I mostly read science fiction, but lately, I’ve gotten tired of the genre. Well, not completely. I recently found a science fiction novel that completely enchanted me too, but it was an old science fiction book that came out in 1939, the setting was England in the thirties, and wasn’t sold as science fiction. See my review of The Hopkins Manuscript by R. C. Sherriff.

I just finished Miss Buncle’s Book by D. E. Stevenson and it pushed all the buttons that make me love books. Am I so burned out on science fiction that any decent story from any other genre would charm me to pieces? I don’t know.

Can I examine these two books and draw any conclusive conclusions that would help me always find a great book to read? And what is great? I might think Miss Buncle’s Book and The Hopkin’s Manuscript are great novels and other people might think they’re both snooze-fests.

Both books are set in England during the 1930s and I have to admit that I’ve been watching a lot of TV shows and reading other books about England before 1960. Maybe I’ve just found a new fictional setting that I like better than those offered by science fiction right now. But why England? And why older books? (I should admit that I still like older science fiction books. Maybe my reading problem is the 21st century.)

Is this a case of reading the right book at the right time? Would they have been so entertaining if I had read either of these books when I was in my teens, twenties, forties, or fifties? Is part of the equation for finding the right book include the age, gender, and philosophical outlook of the reader? I worry about recommending books because even when I love a book, I’m never sure someone reading my review will.

One reason why I’m sick of science fiction is I’ve read too much of it. But I’ve also got tired of the future, especially the far future. But the present isn’t very appealing either. I think I’m looking for comfort books. For cozy novels. And Miss Buncle’s Book fits the bill perfectly.

Normally, I wouldn’t pick a book aimed at women readers, but in the last year, I’ve read quite a number of books by women authors aimed at women readers. I had just finished reading a science fiction book by D. E. Stevenson, The Empty World and while researching her I found this video from The Comfort Book Club:

The enthusiasm of the YouTube host and her mother, as well as the testimonials from the show’s viewers, convinced me to give Miss Buncle’s Book a try. I’m so glad I did.

This 1934 novel is set in the small village of Silverstream. That might be in Yorkshire because we’re told Barbara Buncle has a Yorkshire accent. Barbara has a problem. The depression is on and her investments are no longer paying dividends. She needs money and decides to write a novel. Unfortunately, she has no imagination and writes a story about all the people in her village, just changing the names. She submits the book with the pen name of John Smith and it gets accepted. The publisher loves it, thinking that it’s either a very gentle satire or the work of a very simple mind. However, the publisher renames her novel, Disturber of the Peace.

Slowly the citizens of Silverstream discover the book. Even though it’s set in Copperfield and the characters’ names are different, they recognize themselves. Barbara Buncle has a knack for realistically painting portraits in words. Some of the village folk find it a pleasant read but others are outraged, especially Mrs. Featherstone Hogg, who is livid that the novel reveals she was once a chorus girl. She wants to find out how John Smith is and have him horsewhipped.

Having this book within a book plot is rather clever. The humor is relatively dry since the story is told realistically even though the action gets rather far-fetched. Its humor is not like P. G. Wodehouse, but I imagine Wodehouse fans will love D. E. Stevenson too. If you like the TV series All Creatures Great and Small and the James Herriot books they were based on, you’ll probably like Miss Buncle’s Book. Miss Buncle’s Book is the first in a series of four. The blog Books and Chocolate thought Miss Buncle’s Book had the same appeal as Miss Pettigrew Lives for a Day by Winifred Watson.

However, I think the most important factor is the novelty of the setting. Science fiction and fantasy settings have gotten old and tiresome. Right now I’d much rather visit a small English village than Mars, or the future, or an interstellar spaceship. However, I wouldn’t mind if a Martian or a human from the future was visiting a 1930s English village.

If you’re a Scribd subscriber, they have the first three Miss Buncle books on audio. They are also available for the Kindle at Amazon and audio at Audible.com. There are nice paperback editions of the first three books from Persephone Books.