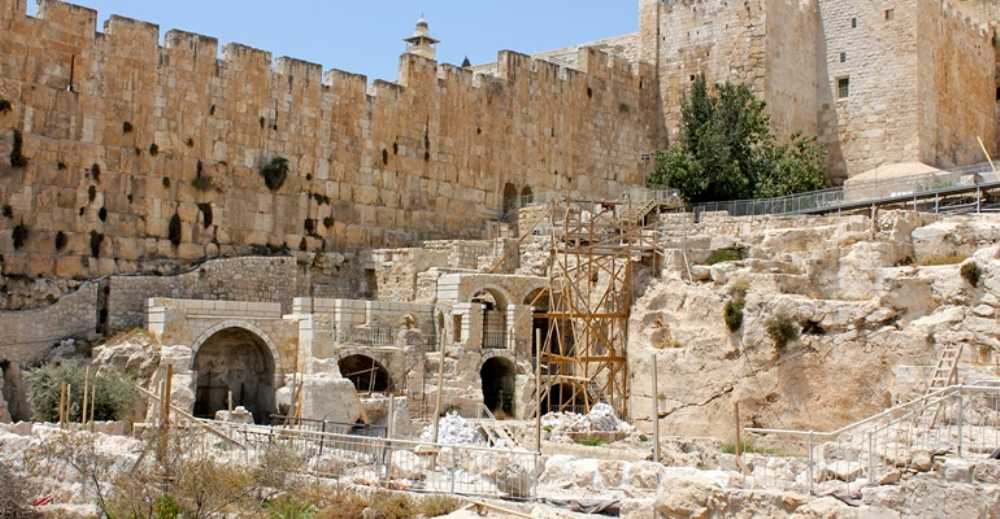 Yesterday I encountered two reports of Biblical scholarship that depressed the hell out of me. I’m an atheist, but I find historical biblical research fascinating. The first encounter was with the new issue of Harper’s Magazine and its story “Common Ground: The politics of archaeology in Jerusalem” by Rachel Poser, a senior editor for the magazine. (Harper’s offers one free article a month to read behind its paywall, so if you click the link it will count.) Poser’s report is about how right-wing activists have coopted archeology to justify Israel’s reclaiming land in Jeruselum. It’s a long, but fascinating report about right-wing politicians and zealots corrupting the science of archaeology, and their feuds with secular scholars who are seeking an unbiased understanding of the past.

My second encounter was last night on Netflix with the third episode of The Bible’s Buried Secrets entitled “The Real Garden of Eden.” Host Francesca Stavrakopoulou, Professor at the University of Exeter makes a rather strained case that a garden in a palace of ancient Jeruselum was the Garden of Eden, and Adam was their king. Stavrakopoulou uses almost no quotes from Genesis and builds her argument with an hour’s worth of archaeological evidence that seems flimsy at best. I can’t prove she’s wrong, but I’ve heard much better theories.

In both of these encounters with Biblical archaeology, it was obvious that science was being corrupted by shoehorning evidence to fit a cherished hypothesis. Of course, for thousands of years, humans have used ancient scripture as a kind of legal precedent to justify their claims. In both the article and documentary, archaeologists cherry-picked their findings and didn’t offer opposing evidence, either from valid scientists or their counterpart ax-grinders.

If you read the articles returned in this Google search, you’ll see many challenges to Stravrakopoulou’s hypothesis. Everyone has an opinion, everyone has a theory, everyone has their evidence. There are scholars who pursue rigorous biblical scholarship and biblical archaeology, but how do we tell the cranks from honest academics?

Actually, a good place to start is Wikipedia’s entry on The Garden of Eden. At least it summarizes the complexity of the problem. Rachel Poser’s description of Elad’s effort to prove the biblical David existed and the sites Elad’s archaeologists were excavating belong to David’s kingdom are simplistic in their logic and evidence. Stavrakopoulou case for Eden is also simplistic. And if you pay attention to any of the popular documentaries about biblical history and archaeology, they’re often simplistic too. Everyone seems to be trying to deceive other people into accepting their pet theories. Is there any way of not being conned?

First of all, does the Garden of Eden or King David really matter to the modern world? I would distrust anyone who uses any biblical history as validation for any present-day disputes over morality, ethics, land, laws, etc. They are only academic issues. Researching history, and evaluating it with archaeological evidence is a fun intellectual pursuit. But if you use it for any kind of justification of action, then it’s a complete fallacy.

I find it insane that modern minds use ancient thoughts to rationalize how we should live today. We should have laws against using old beliefs for legal precedent. Read Poser’s article. It’s horrifying how we’re using three-thousand-year-old fables to kill each other.

To Christians and Jews, the world began four thousand years ago, and they struggle to overlay that fantasy onto reality. They ignore the fact that more ancient civilizations surrounded the Levant even at the time of Genesis. Even when Adam and Eve were supposed to be walking in the Garden of Eden humans had been around for hundreds of thousands of years, or that David’s Kingdom was an itty-bitty bump in the road between two vast empires.

I don’t know why western civilization is so focused on the tiny Holy Lands of the Bible when Earth is thousands of times bigger. It’s as if we all have a kind of history myopia that fails to see the planet and its history as a whole. I think the main problem is we’re raised with only one set of myths. Would we be more rational if our parents sent us to a different church/temple/synagogue/mosque/shrine every week as a child? Our insanity seems to come from trying to rationalize one viewpoint at the exclusion of all others.

The story of the Garden of Eden in the Book of Genesis is a wonderful work of literature from pre-history. It’s a fascinating challenge to try to understand why it was written, by who, and when. But imagine if three thousands years from now, people revered a copy of Gone with the Wind as their only source of American history.

One solution might be to invite Asian archaeologists to dig up the Holy Lands, ones who had never been exposed to The Bible.