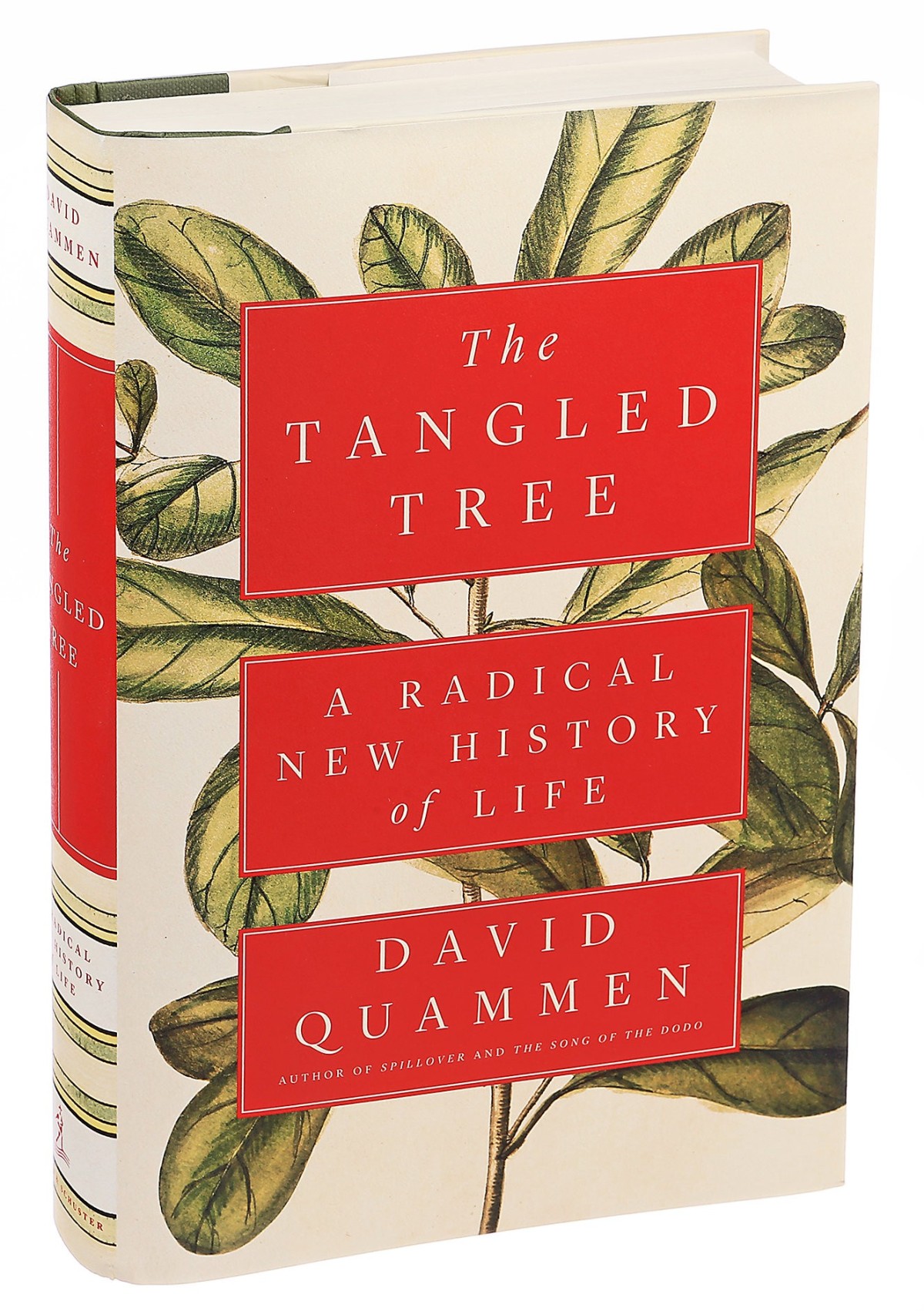 How old is your knowledge? That question can be taken in two ways. The years since the last time you studied a subject, which for me and biology is 52. Or, the age of the subject itself. For example, Euclidean geometry is two thousand years old. And dating the ages for either isn’t precise. I’m sure when I studied biology in the tenth grade (1966/67) my textbooks were not up-to-date, and far from chronicling the current discoveries in biology. Thus, my simple-minded memories of cell structure might be about two hundred years old.

In the first third of life, we go to school and college to prepare ourselves to be functional adults for our middle third of life, but how much do we need to know for our last third of life? What is a useful education for our retirement years? I certainly could sneak by without knowing any more biology, but should I?

I’m reading The Tangled Tree: A Radical New History of Life by David Quammen for a book club. Reading it makes me feel ashamed of how little I know about biology while blowing my mind with new information. It makes me wonder just how current my knowledge should be in various important subjects, subjects that help me understand my place in reality. Just because I might be leaving this reality soon, doesn’t mean I should fall into oblivion knowing so little.

The Tangled Tree starts out by announcing “recent” discoveries in biology, such as horizontal gene transfer (HGT) and the third domain of life called archaea and how they are disrupting our old image of an evolutionary tree structure, thus the title of his book. Both discoveries occurred after my last biology class. I had heard of archaea since and seen the graph above. I’ve read about prokaryotes (bacteria) and eukaryotes (plants, animals) but I couldn’t remember those labels. They say to really learn a subject you should be able to teach it, but I could only confuse small children with the vague ideas about biology.

Of course, I’m not totally ignorant of later biological developments. I regular watch PBS Nova and Nature, and over the decades read books like The Double Helix, The Selfish Gene, and a few popular books about the history of evolutionary theory, but they don’t require the same kind of learning that taking a class does. To really know a subject, even at a fundamental level requires knowing the words that describe it. As an adult, I’ve read many books about physics and astronomy, so I know some of their vocabularies, but I know very little of the terminology of biology. Quammen describes many fields within biology that are new to me, like molecular phylogenetics. I’m savvy enough to know what molecules and genetics are, and I could guess that ‘phylo’ concerns their taxonomy, but I’m totally clueless about how scientists could go about classifying these wee bits of proto-life.

Before jumping into the work of Carl Woese, Quammen succinctly describes the history of how the idea of evolution emerged in the 19th-century with various scientists using the tree metaphor to illustrate life emerging out of an orderly process. And he gives passing references to those scientists that developed taxonomy systems to categorize all living things. This lays the groundwork for understanding why Carl Woese wanted to develop a tree model and taxonomy of bacterial life. 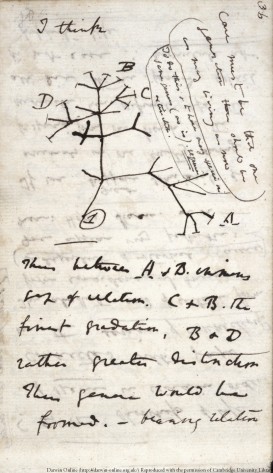 Quammen grabbed my interest by describing how 19th-century scientists first started drawing trees to describe their theories. He even describes a page from Darwin’s notebook saying his first tree was rather simple. I was shocked when I saw it though, it was too simple looking, but the basic idea is there. I’ve vaguely remembered seeing this before, but to be honest, I’ve never tried to learn all of this information in a way that I’d memorize and use it. I put my faith in science, in evolution, but I know very little of the actual science. What I know probably compares to what the average Christian knows about this history of Christianity.

This got me to thinking. Should I study biology before I die? I doubt I’ll need it after death since I’m an atheist. So, what should my educational aspirations be in my retirement years? I’d like to pass from this world knowing as much about reality as possible. Why leave in ignorance? Why live in ignorance? There’s no meaning to our existence, but why not try to understand our situation to the fullest extent possible?

We’re a bubble of consciousness that has accidentally formed in reality. That’s pretty far out. Most of the matter in this reality is unconscious stuff like subatomic particles, atoms, molecules, and a smidgeon of biological living things. Reading The Tangle Tree makes me want to do more than reading over the subject and forgetting it again. Like Linnaeus, I want to organize what I should know into categories, into a Tree of Knowledge I Should Know. But I realize I am limited by time and energy – the time I have remaining to live and the dwindling personal energy I have each day.

How would I even go about studying the subjects I deem time worthy? I do have access to free university courses. And there are countless online courses, and I already subscribe to The Great Courses on my Amazon Fire TV. I could pick out some standardized tests for my goals, and thus limit the scope of what I want to learn. Or I could start studying and then try to teach what I learn by writing essays for this blog. That sounds more doable.

Other than the history science fiction, I don’t think there’s a single topic I could teach. I’m not even sure how many other topics I’d like to study — at any level. I do feel a sense of challenge that I should work on biology. At least for a while. Maybe read a few books on the subject this year. Maybe take a Great Course.

That makes me think I could choose a topic each year to study. I can’t promise much, but I think I should try.

Thus I declare:  2019 is the year to learn about biology.