I’m endlessly annoyed that science fiction and fantasy are linked together in the public’s mind. Philosophically, they are polar opposites, Science fiction is the enemy of magic, and magic is the foundation of fantasy. These two forms of literature parallel two opposing philosophies of reality: science and religion. We all exist in one reality, but we have chosen to explain reality in two contradictory ways: evolution and magic. Religious fundamentalists understand this distinction, which is why they are so fervently opposed to evolution and science. If you understand evolution there is no need for God. If you understand the Christian theology, there is no need for evolution.

Most people try to incorporate both belief systems into their world view, but that only shows they don’t understand the profound and complete differences between the two. You can’t have God and Evolution as the primary creator of life on Earth. You can’t have Science and Magic. Earth Abides by George R. Stewart is an excellent example of science fiction. Because Randall Flagg is a driving force in The Stand by Stephen King, it makes that book a fantasy novel, even though it follows in Earth Abides footsteps. Once you add the supernatural (magic) to a story it can’t be science fiction, even if it’s using a standard science fiction concept and setting. I bring up these two books because they are both nominated in polls for the best science fiction books of all time. (And yes, I know many writers want to create hybrids, like All the Birds in the Sky by Charlie Jane Anders.) 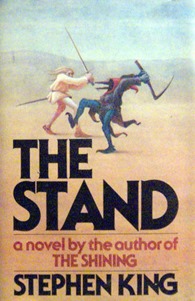 Even though I don’t like that science fiction and fantasy are always lumped together, I can understand why. Most people want to believe in magic, but they accept science. That’s why they pray when they fly in an airplane. Most people are clueless to how their smartphone works, but they accept technology as magical. When folks go in for surgery they ask their friends to talk to God for them, even though the outcome depends on the surgeons’ scientific knowledge and evolutionary biology of the patient.

Magic is based on the power of the word. Magicians work by incantation. They learn their spells through study of arcane knowledge. God said, “Let there be light” and there was light. God creates with the power of words.  The person who wrote The Gospel of John understood that when he said, “In the beginning was the Word, and the Word was with God, and the Word was God.”  When primitive people tried to understand how reality worked they came up with the logic of magic, and the power of words. That’s why magical spells are so important to magicians, they are imitating the power of God. It’s also why most religions disavow magic.

Science, which came very late in human development, assumes there is no magic, and words don’t create but describe. Science assumes everything can be explained through observing reality. Technology is applied science. Science assumes there are no magical beings, no magical forces, and no magic itself. For any story to be truly science fiction it must assume magic does not exist. For any story to be fantasy, magic is an integral part of its reality. That’s why Star Wars is fantasy, and not science fiction.

Science fiction is far from perfect, and far from scientific. Probably one reason the public lumps science fiction and fantasy together, is all to often science fiction claims magical concepts can be scientific. A great example is Stranger in a Strange Land by Robert A. Heinlein. There were many science fiction writers in the 1950s that desperately wanted to believe in extrasensory powers. Writers and editors like John W. Campbell, Robert A. Heinlein, Arthur C. Clarke, or Theodore Sturgeon, believed humans could evolve to have god-like powers, or possessed untapped psychic potential that could be developed. Heinlein proposed that Valentine Michael Smith was raised by ancient beings on Martians that taught him to use such powers. But is that science fiction or fantasy?  Mike essentially works miracles. Stranger in a Strange Land is an anti-science fiction novel. Heinlein even melds religion and God into his story. Some have claimed Heinlein was being satirical, but Heinlein also wrote essays about his beliefs in ESP, and even predicted science would prove the existence of the afterlife one day. 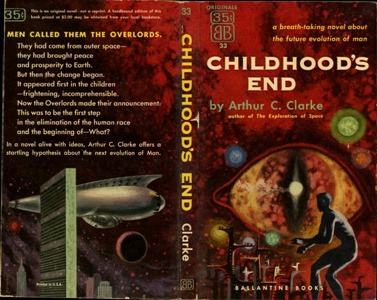 I am working on the fourth edition of the Classics of Science Fiction and I’ve come up against a problem. The Stand by Stephen King is often cited in polls where fans vote for their all-time favorite science fiction novels. But how can a novel with a character like Randall Flagg be science fiction? But then, how can Stranger in a Strange Land or Childhood’s End be science fiction? One point in Heinlein and Clarke’s favor, is back then they believed ESP type powers would be scientifically provable in the future. In the 1930s, 1940s, and 1950s there were theories about ESP, and scientists conducted experiments to detect latent psychic powers in humans. Others theorized that future species of mankind might evolve such powers. In the years since, science has not found a shred of evidence to support such theories, and we have to assume such wild talents are only fantasy. Yet many people still want to believe. Nearly all the powers of super-hero characters represent a desire for magic. We don’t like being ordinary and powerless, so we love stories with characters who have powers. Unfortunately, science fiction writers aren’t immune to such desires for magic.

Should I delete any novel from the Classics of Science Fiction list whose theories have been shot down by science since they were written? I doubt even Stephen King thought The Stand was science fiction when he wrote it. King is an exceptional storyteller, and uses whatever ideas are useful to forward a story, but I doubt if he’s concerned with their scientific validity. And probably many science fiction writers, if not most, choose story over science. But for me, I’ve always thought the essential quality of science fiction was theorizing about the scientifically possible. I want science fiction to be anti-magic. I read science fiction to imagine what’s possible for humans to create with science, and not with magic. But all too often, science fiction is corrupted by our desires, and we ignore our understanding of science.

Many of the stories from The Twilight Zone, The Outer Limits and Star Trek in the 1950s and 1960s dealt with ideas we thought were science fictional back then, but after a half-century of scientific advances, should be seen as fantasy today. Isn’t it about time we begin discerning magic from science?

I’ve been watching the new miniseries, Jonathan Strange & Mr. Norrell, based on the novel by Susanna Clarke. That’s what inspired this insight into what distinguishes science fiction from magic.  Like the immensely popular Harry Potter stories, we enjoy tales where magic exists. But I wonder how many fans of fantasy actually believe magic is possible? We do know that all believers in the various world religions do believe in magic. They don’t like to call their miracles magic, and often abhor talk of Earthly magic, or even claim it sinful, but all scriptures about miracles work in the same way as stories about magic.

We science fiction fans need to learn to spot the use of magic in science fiction stories. No matter how much we love The Demolished Man or The Stars My Destination, and claim they are classics of science fiction, they are fantasy. But so is the matter transmitter in Star Trek and the time machine in the classic H. G. Wells novel. The main reason the public lumps science fiction and fantasy together is because we all want to believe in magic. More than likely, faster-than-light travel will prove to a magical idea, and words like hyperspace travel, warp drives and wormhole travel are just magical incantations by writers.

23 thoughts on “Why Science Fiction and Fantasy Are Fundamentally Different”