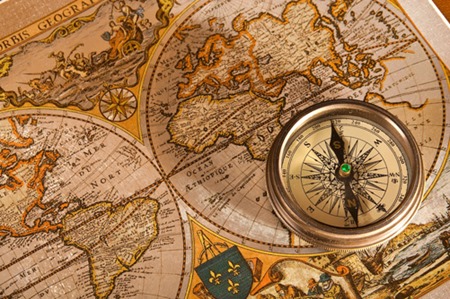 I’ll never be an expert on any subject. Primarily because I’m starting too late in life, but also because I’m interested in too many topics. The best way to explain my problem is with an analogy. Have you ever noticed the difference between the magazines Popular Science, Discover, Scientific American, American Scientist and Science? This will work for any array of subject periodicals. The magazines that have wide appeal with the public will have mostly snippets of news stories, and a few short articles. Reading Popular Science or Discover often feels like reading the sponsors off a race car. When you finish an issue you remember little, even though you’ve just been told a 100 fascinating facts.

Now Scientific American and American Scientist do have pages of newsy snippets, but their compelling content is a handful of longer articles. If takes effort to read those essays, but most people can understand them if they try. When you’re finished, you feel you’ve learned something, and you’ll probably remember a good deal more from reading the first two magazines. You’ve covered fewer topics but gained more knowledge.

Finally, there’s Science. It is magazine scientists read. Its articles are terse, and very hard to comprehend. Science is readable by any well-educated person, but its so technical, and jargon filled, that few people do. Magazines like Science or Nature are general science magazines for people trained to be science specialists. Their specialized training allows them to read across disciplines at a much higher level than the average popular science reader.

The point I’m making here is my daily reading for all the subjects I’m interested in is too close to the Popular Science level.

Mentally, my curiosity flitters around like reading magazines at the dentist. If I make myself, with the aid of Google, I can read an issue of Science, but it’s no fun. It’s just too specialized. I want to discipline my mind to function around the intensity of a Scientific American article, or at least a longer article in Discover. I want to be able to write about my favorite subjects at that level. That means knowing those subjects in greater detail, which means knowing much more history.

Think of it this way. Let’s imagine we have 100 brain cells to use. Popular Science requires one cell for a 100 different news items. Science requires all 100 to understand one article. Scientific American assigns 20 cells to five topics. What I’m realizing is I need to ration my brain cells more carefully.

Each day, how is your mind applied? Is your consciousness like a reader of People magazine, or The Atlantic?  And for every pet topic you pursue, how much history do you know? We all know people who pontificate about their beloved subjects – their minds appear bloated with information. But that’s what it takes to be knowledgeable about a particular subject.

This bit of navel gazing came about because of an offer from Biblical Archeology Review (BAR) to subscribed for $7. I have a hard time resisting cheap magazine subscriptions. People who know I’m an atheist, might be puzzled why I would even be tempted by this magazine. Although I’m not a believer, I find history of The Bible fascinating. The Bible was written during a time when humanity was transitioning from pre-history to history. Like The Iliad and The Odyssey, The Bible began as oral storytelling, and then over the centuries, its stories were written down, eventually becoming canonized into the book we know today. I’ve even been wanting to write an article called, “Bible Study for Atheists,” and figured a subscription to BAR would be helpful (even though it is controversial).

No, my problem is not lack of interest, but lack of time. If I had all the time in the world I’d roam up and down history studying everything. But I don’t have that much time. Even though I’m retired, and have all my time free, it’s still not enough time. What I’m realizing is I need to ration my time spent exploring the history of my pet interests. I can only handle so much.

Rock and roll music is what got me interested in history. I started listening to AM Top 40 rock in 1962. As I grew older, I realized there were many wonderful tunes before 1962 to be discovered, so I began exploring jazz, blues and folk music of the 1950s, which led to Swing and Big Band music of the 1940s and 1930s, which took me to a different kind of jazz in the 1920s. When I get the time, I’d like to go even earlier, to the Tin Pan Alley era.

Once I learned how to move backwards in time, I began to incorporate those skills into chasing the origins of everything else I loved. In college I majored in English and studied books from the 19th and 20th century. My sense of history through novels goes back to the historical times of Jane Austen. A love of movies takes me back to the 1910s and 1920s. A love of science fiction takes me back to the 19th century again. I keep trying to get into classical music, but for some reason I have a hard time pushing into the 17th and 18th century. But the more I get into the history of science, which takes me back to the late 1500s and early 1600s, the more classical music becomes relevant. Studying The Bible jumps me back to the first millennium BCE, and connects me with Egypt, Babylon, the Levant, Greece, and then Rome, which brings me back to The New Testament, and the 1st, 2nd and 3rd centuries, which then leads me towards Byzantium, and the Middle Ages. Which connects me with Europe rediscovering the classical Greeks, and jumping back to 400 BCE. Because Plato and Aristotle impacted so many people in the 19th century, that  jumps me forward to the Transcendentalists, and then back to the Enlightenment.

I also spend a good deal of time reading science fiction, which also means tramping around the future.

This morning, while taking my shower, and thinking about how I failed to clean out my growing pile of unread magazines yesterday, I felt crazed to think I should subscribe to more magazines. Yet, I wanted to – badly. It just became obvious, that no matter how addictive my curiosity is, I can’t consume all of history. I need to specialize. But in what? And why?

Sometimes I think I should just stay closer to home in time, like anytime after 1951 when I was born. I love westerns from the 1950s, so they would be in the territory of history I could cover. But then I think about writing a piece called, “Should Westerns Be Historically Accurate?” which means prowling around the 1800s. And I really would hate to give up Austen, Dickens and Trollope. That makes me think I should extend my range of history to the year 1800. I’d get to keep Darwin, but not Newton. I might  handle that. I’d have to give up the Founding Fathers, but I’d still have The Transcendentalists and Abraham Lincoln. Not too bad of a trade. Plus I’d get to keep the The Impressionists in Europe. I’d have to give up the Roman Empire, but at least I’d have the best part of the British Empire. I’d have to give up most of the history of mathematics, but I’d get all of the history of computers.

Could I really go on a history diet and only read about events that happened after 1799? I just swiveled around in my chair and scanned my bookcases. Not much of a sacrifice – most of my books cover topics that happened since 1800. I could thin a third of my unread books if I moved the cutoff date to 1900. I easily have a quarter century of unread books that fit into that time period, which probably translate into “the rest of my life.” But there goes Tolstoy and Louisa May Alcott. But that might finally give me time to read Proust and and finish reading Virginia Woolf.

I’m probably bullshitting myself here. I have so many contemporary topics I’m interested in, that if I made the cutoff date 2010, I couldn’t keep up with all the things I’d want to read. Every time I go to the library I scan the new book shelf. I could literally spend the rest of my life only reading books published in the current year about current affairs, and still not read everything I wanted.

Maybe it’s not what I read, or the history covered, but how I read. I could simplify my life by only reading books that appear on the library’s new books shelves, and give up reading magazines and web pages. That has a lot of practical benefits. I wouldn’t have to limited myself to particular times in history, and it would give me lots of variety. And yet, it would narrow the amount of reading I feel compelled to pursue. If I actually read all the magazines I currently get, in physical and digital form, I would never have time to read books. Hell, if I just read the free articles I get from News360 and Flipboard each day, I’d be reading 24×7.

Sometimes I think reading off the internet has ruined my mind. The internet is the heroin of information.

I can’t read everything I want. I can’t study every fascinating subject. There’s too much history for every topic. Trying to tidy up my reading habits is like using Marie Kondo to tidy up my house – it’s extremely difficult. But if I want to get away from a Popular Science level of concentration it will require tidying up what I read and how. I can clean out topics I’m hoarding, or somehow limit the fire hose of information I’m drinking from. Or both.

19 thoughts on “How Much History Can I Handle?”