The KonMari Method of tidying up one’s life focuses on household possessions, but I’ve been thinking of ways of decluttering my mind, my routine activities, my computer, my physical and digital subscriptions, and what I own in the cloud. In the 21st century, ownership can be quite different from the 20th century, because many of the things we once physically held can be digitized. Then, there’s the whole issue of own versus rent – house v. apartment, car v. Uber, DVDs v. Netflix, magazines v. Texture, CDs v. Spotify.

I have many rooms in the cloud that need tidying up. 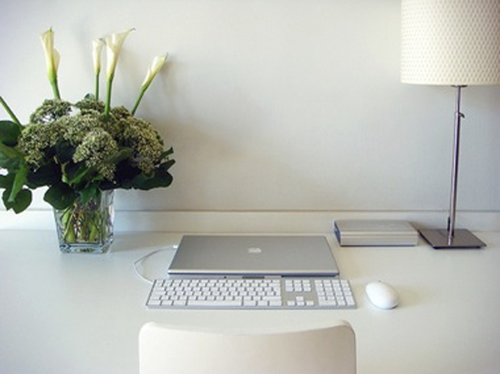 For example, I have this blog at Auxiliary Memory, but I also have a traditional web site at a hosting service for The Classics of Science Fiction. That site has been static for years because I’ve forgotten how to program in PHP and MySQL. I’ve been meaning to update my data, but that would mean a tremendous amount of work. I recently moved the content from my web site to this site, and that has simplified things. I will soon be able to cancel my hosting service. One less bill, and one less room in the cloud to keep tidy.

My friend Mike and I are working to update the Classics of Science Fiction list. My first plan to simplify was to move from a hosted MySQL server to using Access on my local computer. Then Mike suggested we jettison the database and use a spreadsheet for our data. Even simpler. Then we decided to even jettison the spreadsheet, and keep the data in .csv text files that we process on the fly. Mike is writing a program that will generate HTML code for using on my blog. Once you take the tidying up process beyond mere possessions, it become obvious that clutter is everywhere.

Another way I could reduce the psychological clutter in my life is by focusing my writing. Right now I write about whatever idea grabs my fancy – often because I’m fascinated by everything. The trouble is I can put in hours of work on some ideas and get no readers, and for other topics get hundreds of hits. Auxiliary Memory could be greatly improved if I narrowed the topics I covered. This would spill over to my reading, documentary watching and thinking. I could declutter my mind by deciding which subjects I want to truly learn, and which I should ignore.

Marie Kondo has a lot to say about getting rid of books. For a bookworm, that’s very hard to do. One way I’ve cheated is to stop buying physical books when I can, and bought ebooks instead. Out-of-sight is out-of-mind. But now my Kindle library is becoming cluttered. The same thing has happened with my music. I ripped my CDs and put them in the cloud, but I mostly play music from Spotify, so I have three large libraries of music to deal with – physical, cloud and rented. If I committed completely to Spotify I could simplify things greatly. I got rid of about 600 CDs, kept 600 that were my absolute favorites, and have another 600 I’m trying to decide if I should keep or jettison. I only play CDs on rare occasions. I wonder if it’s time go completely digital?

I moved my photographs to the cloud, so I have two large collections – one physical, one in the cloud. Is it time to commit to just one?

I gave up cable TV years ago, but ended up subscribing to several digital services. I just canceled Hulu, Pandora and The Great Courses Plus. They are all great services, but ones I seldom use. I was also subscribing to several digital magazines through the Kindle. I canceled them. I’m torn about Texture. It’s $15 a month and lets me read 150 magazines, but I hardly use it. On the other hand, it lets me have access to magazines that would otherwise clutter up the house. Then again, maybe it’s time to give up magazine reading. I actually spend most of my journalistic reading via free web content on my iPhone. I subscribe to The New York Times on the web. It’s great content. But I often forget to read it.

I do worry that all this decluttering is impacting the economy. If everyone followed a Zen-like path of simplicity, the economy would go down the drain. Can we create a decluttered economy that provides jobs for all?

The biggest way I can simplify my life would be to sell the house and downsize. I’m tired of repairs and worrying about the yard. I’m tired of furnishing rooms we don’t use. I’d love to move to a retirement community where I lived in an apartment or condo without a yard, but I worry about noise pollution. I love playing my music loud, and my movies in surround sound, and I hate hearing neighbors. I’m sure they’d hate hearing me. I suppose to could live with headphones.

I’m not quite ready to pull the trigger on moving, which means I need to keep tidying up this house. After Susan and I went through one phase of Marie Kondoizing, getting rid of several hundreds pounds of junk, we felt much better. But I think we could still jettisons hundreds of pounds more.

Once you start thinking about clutter, you see it everywhere.

4 thoughts on “Tidying Up Beyond Marie Kondo”