I can only remember my father going to one movie, in 1958 when I was six, when the whole family went to see Snowfire.  My wife’s father always bragged the last theater movie he saw was Fiddler on the Roof in 1971.  A neighbor who is one year older than me, claims the last movie he saw at the theater was Animal House in 1978.  My two closest male friends quit going to movies long ago, but I don’t know when.  The only reason I still go out to the movies is because of lady friends.  I do know some males my age that still love getting out to see a movie, but not many.  Yesterday I went with my friend Janis to see Godzilla – her pick – and I was bored the whole time, even though the young people seated around me were cheering.  The most fun I had was looking at all the odd names as the credits rolled by. 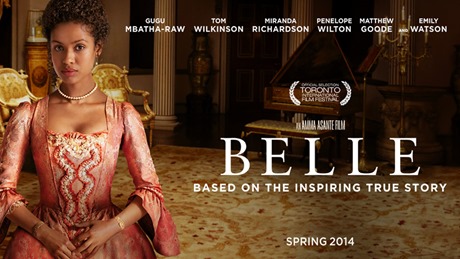 Many of my lady friends love action blockbuster flicks, the kind I used to think were targeted to teenage boys.  The whole world seems to love superhero movies based on comic books.  Maybe I’ve morphed into a curmudgeon, because those movies seem downright stupid to me, with grown men pretending to fight each other with choreographed violence that’s as realistic as a Three Stooges slap fest while wearing embarrassing costumes that only a seven year old kid would wear in real life, and then only on Halloween.  And don’t get me started on the psychological appeal of flicks like The Expendables series.  Our society has gone gonzo for guns.  And it’s not that I’m anti-gun.  My favorite movie genre is the western—a Colt .44 and a Winchester is all the firepower I think anyone should need.  But I get the feeling everyone is scared and paranoid and feed off action pictures because they feel powerless and wish they had super powers, bulging muscles and very large caliber machine guns to protect themselves.

Janis and I also went to see Chef this weekend.  Now that was a good movie for an old man.  It was a touching story about a divorced dad getting to know his young son that he’d been neglecting because of work.  Jon Favreau plays a creative chef, Carl Casper, stuck in job cooking the same menu for ten years.  Carl gets in a internet feud with Oliver Platt, who plays Ramsey Michel, a vicious food critic blogger.  Carl bonds with his son Percy, played by Emjay Anthony, who teaches his dad about Twitter.  Then Carl inspires Percy to learn to cook.  Slowly the film becomes emotional rewarding, and a film worth watching by an old guy.  The theater I saw Chef at was small, but most the seats were filled with older people, and some of them even clapped at the end.  I’m not sure young people would have liked this film, but I doubt we’ll know, because it’s not the kind they’ll go see.  No guns, no car chases, no buff bods, no Wile E. Coyote violence.

This afternoon I plan to go see Belle with three lady friends.  Even if I wasn’t hanging out with women, I’d want to see this one.  As an old guy, a well done historical film is actually a type of movie that makes me want to go out to the movies.  The older I get the more I like realism.  I prefer documentaries, or very accurate historical dramas.  You’d think it would be the other way around.  That young people would crave realistic movies to learn about life, and old people would want escapist fantasies.  Maybe I’ve given up on escapist fantasies because the older I get the less reason I believe that they will ever come true.  Even if I owned a whole arsenal of weapons and an elegant collection of spandex attire, and even had real bulging muscles to stretch out my costumes, I could never be a superhero.  It’s about as realistic as trying to fantasize that beautiful young women would want to have sex with my ugly old body.

But I can relate to a clueless dad learning to Twitter from a ten year old.

2 thoughts on “Movies for Old Men”