Books, whether novels or nonfiction, are inherently subjective in their appeal, so is it even possible to claim to know the greatest books ever written?  I don’t think any one person can objectively claim any list of books are the best ever written.  However, I think it is possible, by using statistics, and the wisdom of crowds, to identify the books that have had the greatest impact on the most people. 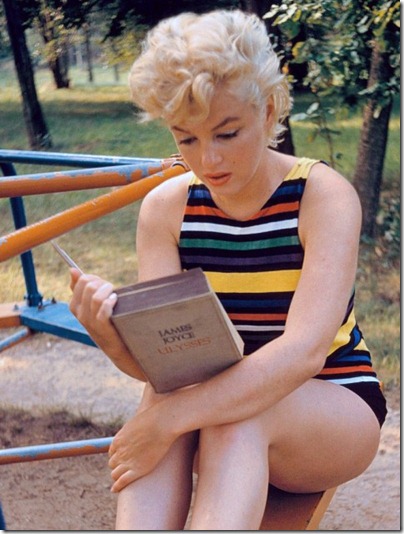 There is a long tradition for critics and scholars to list books they proclaim are great.  This is subjective no matter how well educated the selectors are in literature.  Now, if we take a hundred literary authorities and ask them to list their top 100 books of all time, put those books into a database and then create a list that shows which books were on the most lists, I think we can consider this more objective.  But even still, there is no Platonic ideal form of a great book that exists in reality.  How great is War and Peace if you can’t stand to read it?

That doesn’t stop people like me, life long bookworms addicted to books, to always search for our next fix, hoping for the most intense literary high yet.

Aggregating best of book lists is different from fan polls, although if we poll enough readers, standout titles will emerge.  Critics and scholars have read widely and studied literature, so their opinions count for more, but their opinions aren’t perfect.  Scholars know the older books better, whereas fans know the newer books.

Back in the 1980s I created a meta-list of science fiction books for a fanzine called Lan’s Lantern.  It was simple, I used eight best of lists, to produce a final list that contained books that had been on at least three of the eight lists.  I called the list The Classics of Science Fiction.  In the 1990s I updated the system with more lists, and put it online.  In the early 2000s I got some outside help and expanded the citation lists to 28 best of lists and set the cutoff to seven lists.  You can see the ranked results here.  The top three books had been on 25 of the 28 lists.  I thought that represented a kind of validity.

Ever since then I’ve wanted to build a database for all books, not just science fiction.  Several years back I got a domain name and hosting service and set up the beginnings of such a system, but the database got hacked and I gave up.  Recently I discovered that Shane Sherman has developed a database system at The Greatest Books of All Time that is similar to my dream book site.  He covers fiction and nonfiction and works with 43 best of lists.  However, Shane uses a different method for creating his final rankings by selective weighing of lists.  Yet another approach to identifying the great books.

Shane’s site is quite wonderful.  It’s simple and elegant.  Create an account or sign in with Twitter, and then start scanning the lists.  You can check the books you’ve read and the ones you want to read and the site will remember.  If you’re a book lover, you’ll enjoy going through the various lists, both the 43 best of lists and Shane’s two generated lists:  Fiction and Nonfiction.  I love best of lists.  I collect books recommending the best books of all time.  Over the years I’ve been teaching myself about the history of books.  When I make new friends I love talking to them about their favorite books.  I find the fame of books fascinating.

Best of book lists can be created from fan polls, critic lists, scholars lists, awards lists, library lists, and other criteria, such as whether a novel has been made into a movie, or was an all time best seller.  Popularity is important, but it’s not the only factor.  Critics and scholars are far more knowledgeable about the history of books than normal fans, but if the fan polls are large enough, they can be effective.  Various book awards, Pulitzer, Booker, Newberry, etc., have their own systems for selecting books, that try to go beyond the subjective, but the award judges have limitations too.  No one person can know about even a tiny fraction of published books.

If one list can’t be perfect, what about aggregating many?  Combining lists can generate interesting results.  For example, I’ll use four lists.

If you look at the 43 lists at Shane’s site you will be hard press to find another one that has the same top 12 novels.  One that does come close is The Novel 100: A Ranking of Greatest Novels of All Time by David Burt.  From what I can tell, Burt doesn’t use a system but just claims to be an expert.  His top 12 are:

The overlap suggests that Burt is a very savvy literary scholar because he comes very close to the results generated by Shane’s system.

J. Peder Zane found another way to use the wisdom of crowds by asking 125 writers to submit their favorite 10 books and then built a database to see which books were recommended the most.   The list was called The Top Ten.  Using a point system, these 12 books came in at the top:

As you can see, many of the same titles are showing up over and over again.  Ulysses, War and Peace, In Search of Lost Time and Madame Bovary were on all three of these lists.

Now compare this to a large fan poll.  The BBC got over 750,000 readers to vote on their favorites, these were their top 12:

The British are partial to British authors, with only two Americans making it to the top dozen, and no non-English writers in this portion of the list.  War and Peace did make it to the #20 spot, and Ulysses came in at #78.  Many of the others titles from the other three list did show up within the BBC Big Read top 100, so even average bookworms can love stogy literary classics, just not as much as fun books like Harry Potter.

If we could get one million bookworms from all over the world, what would that list look like?  What if there was a web site that allowed every bookworm in the world to submit their top ten favorite books, what might the overlap list look like?  If a hundred million Chinese readers participated, what Chinese books would we see?  It’s interesting that in the first three lists above, created by English speakers that so many non-English books made the list, but the western world does dominate.

The Top 100 Works in World Literature attempts to correct the western centric view.  You’ll have to visit the site to see the list, because it’s alphabetical, so there’s no top 12 to show and compare.  However, many of the books from the top three list above are on this top 100 list too.

There are a good many best books lists out there.  Shane has gathered 43.  I wonder what using 100, or 500 such lists would show?  If we could survey all the schools, colleges and universities around the world for what books are taught each year, what would that list look like?  What if we could see the long term sales figures for books, to see which books sell the most year after year?  And what books have inspired the most movies, plays and television productions?  Which books have been written about the most?  Which books have been quoted the most?

If somehow we could put all this information in one giant database, and develop a point system that weighs their different values, I think we’d come up with a very valid list of top books.  Of course, such a list would then cause a recursive effect.  If all readers felt certain books were not to be missed, wouldn’t that further reinforce their success?  Isn’t such an effect already happening with English majors?

If a novel came out in 2013 that was more powerful than anything written by Tolstoy or Joyce, how long would it take to be recognized by this statistical system?  Meta list statistical systems favors older books with momentum.  Only well trained scholars and critics could spot a new contender quickly.

11 thoughts on “Identifying the Greatest Books of All Time”