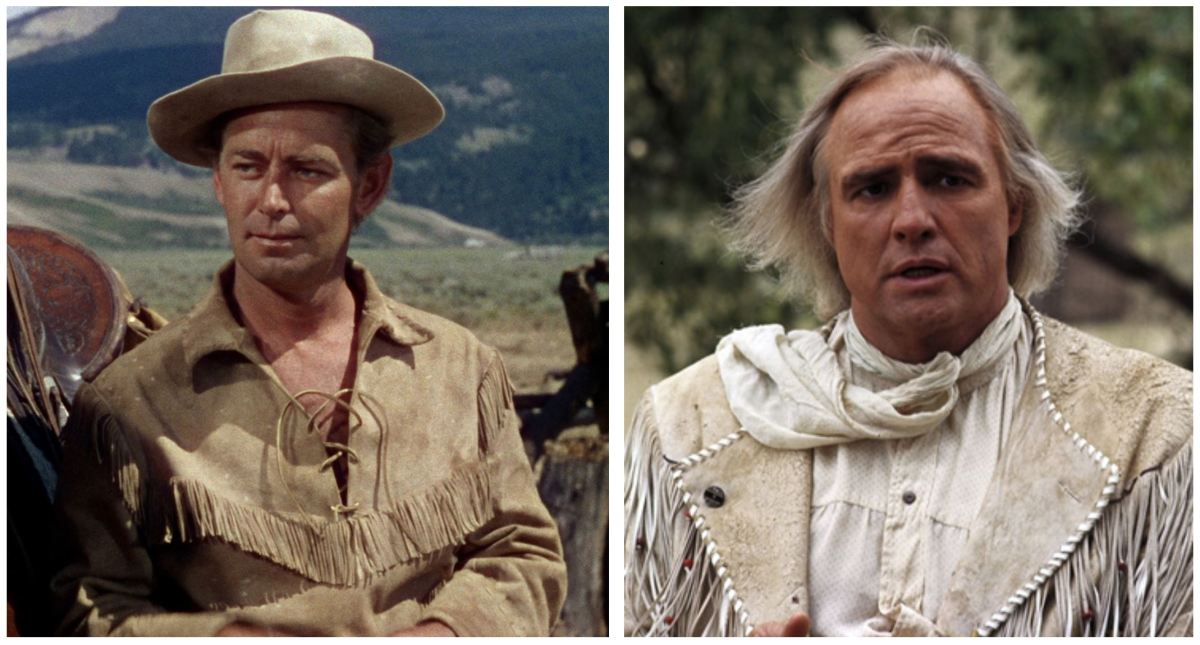 Society is constantly changing and evolving, and so does the popular culture it produces. Starting in 1959, and into the early 1960s, there were a number of court cases that profoundly changed pop-culture by removing various censorship laws. It allowed movies to portray graphic sex and violence, and include nudity and profanity. This was especially noticeable in movie westerns. Westerns in the 1950s seem very different from those in the 1970s, and we can see the transitioning in the 1960s. Millennials and later generations probably have no idea what pop-culture was like before their time, and just accept today’s movies as a norm. If you live long enough, you can see that movies change.

My favorite westerns generally come from the 1940s and 1950s. The other night I watched The Missouri Breaks (1976) with Jack Nicholson and Marlon Brando which had a much different view of the old west. In many ways it was more realistic – we see people going to outhouses, using profanity, having sex, showing a bit of nudity, wearing dirty raggedy clothes, and so on. The characters seem more like real people and have complex problems and psychologies. Too often in older westerns, characters wore not only clean clothes which they changed often, but ones that look like they came from fashion designers. Most folks in the historical west wore the same clothes for many days, seldom bathed, and usually owned a tiny wardrobe. Just compare the two versions of True Grit.

Living conditions in The Missouri Breaks seemed repulsive to me, and it lacked heroes and heroines. It’s not a feel-good western, like Shane (1953).  Who wouldn’t want to be Shane (Alan Ladd), who would want to be Robert E. Lee Clayton (Marlon Brando)? Of course, Brando’s over-the-top performance does weird-out the overall vibe of The Missouri Breaks, but then such characterizations have become more common as we approach the present day. The recent Joker movie is one example.

If we compare the west of Shane with The Missouri Breaks does it even feel like the same historical era? Is it really the same genre? There are violent people in both films because the essence of westerns is violence. You’d think I should be comparing the two characters the audience wants to see die in the end, Jack Wilson (Jack Palance) and Robert E. Lee Clayton. Both films feature ranchers who hire gunmen (Palance and Brando) but the issue of who the good guys are is confused. In Shane, the good guys are hardworking homesteaders, and in The Missouri Breaks, they are horse thieves, train robbers, and maybe murderers. If we are for law and order, then David Braxton (John McLiam) the rancher and Robert E. Lee Clayton should be our heroes. They’re not.

What happened in those 23 years from 1953 to 1976 that remade westerns? Shane is a killer, but one we side with. In The Missouri Breaks, we side with Tom Logan (Jack Nicholson) who is a horse thief, train robber, and probably killer too. (We never know who kills the rancher’s foreman.) Of course, in westerns, the audience always sides with a killer, because westerns nearly always resolve conflicts with a killing. Before the 1960s we sided with the white hats against the black hats, but it seems sometimes in the 1960s, everyone started wearing gray hats.

Shane, the Alan Ladd character, knows killing is bad. He wants to avoid killing, but in the end, he is pushed into it to save the people he loves. The audience admires him. But Robert E. Lee Clayton, the Marlon Brando character, delights in killing and justifies his behavior by killing horse thieves, train robbers, and murderers, people we should be against, but we despise Robert E. Lee Clayton and rejoice when he is killed. And in the last fifty years, we’ve seen both the hero/anti-hero and bad guys kill more and more people in westerns. Brando’s bizarre performance was only a bellwether.

Tom Logan, the Jack Nicholson character, is an anti-hero. Yet, even when anti-heroes are as charming as Robert Redford and Paul Newman in Butch Cassidy and the Sundance Kid (1969), should we really like and admire them? It is true that the old west criminals were more colorful than dull hardworking people who actually built the west.

Something happened to the westerns in the 1960s. Before that the good people were nicer, but so were the bad people. Sure, the bad guys of the old west were mean, and psycho killers too, but they weren’t as disturbing as modern bad guys. Between the westerns of the 1950s and the 1970s, we see the bodies counts rise in each film, and we see more depraved violence. The profanity, nudity, and sex are the upfront obvious differences, but I also think there is a shift in how westerns present killing. Intentionally modern westerns of the 1970s like McCabe and Mrs. Miller, Pat Garrett and Billy the Kid, Little Big Man, A Man Called Horse, Judge Roy Bean, etc. worked hard to redefine the western in terms of artistic storytelling but also in presenting old west history with a different psychological perspective. In some ways, this shift became most visible with Once Upon a Time in the West (1968).

When did good guys v. bad guys become neurotics v. psychos? When did westerns go from gunfights to serials killers and mass shooters? In the Old West, the most famous gunfight (O.K. Corral) three men died. In modern westerns, the body counts are so high that most viewers stop counting.

Sure, TV cowboys of the 1950s did a lot more killing than their movie counterparts. By one estimate, Marshall Dillon in Gunsmoke killed between 138 men and 7 women to 303 people over a 20-year period. However, if we consider each episode a separate story, the violence is far less.

I believe body counts began to escalate in the westerns of the 1960s, starting with The Magnificent Seven (1960) and ending with The Wild Bunch (1969). I still loved these westerns, especially as a kid, and even when I felt they were becoming silly in their efforts to top themselves with gimmicky plots, explosions, and ways of killing people. However, as I’m getting older, I question my fondness for such killathon westerns. I admit I love TV shows like Breaking Bad, Game of Thrones, and Westworld, but I’m also wondering about myself too.

These days I’d much rather rewatch Winchester ’73, Yellow Sky, Colorado Territory, Rawhide, Angel and the Badman, Shane, Three Godfathers, Tall in the Saddle, and movies like them. I don’t know if it’s nostalgia, or turning back the clock to enjoy movies when there were fewer killings per film. I was taught in school that the ancient Greeks didn’t allow violence on stage in their plays. All violence had to happen off-stage. I’m not ready to go that far. I do like the realism of modern westerns. The sex, nudity, and profanity are fine. I’ve just got to wonder about the kill-porn addiction we’ve acquired.

We have become a nation that worships guns. Notice how often we see people posing with guns, and how often we see them in pop culture. The interesting thing about westerns is we see a historical era where people lived by the gun but were moving toward a gun-free civilization. Westerns represent a time just before all the cowboys would hang up their guns. (Watch the wonderful Angel and the Badman.) We’re now living in a time where everyone wants to strap on a gun. Is this the undoing of civilization?

Isn’t it rather ironic that in the old west, Republicans were the advocates for gun control? They were for laws, regulations, order, progress, cities, and civilization back in the 19th century. Doesn’t it seem they want to bring back the wild west now? Aren’t old westerns really propaganda for gun control? In some ways, new westerns seem to counter the philosophy of old westerns.

But then we have one last problem. Were any westerns ever like the historical west? Or, are westerns really the pop culture snapshots of the people and times in which they were made? If that’s so, we live in some pretty strange times if we judge ourselves by the movies we see in the theaters today.